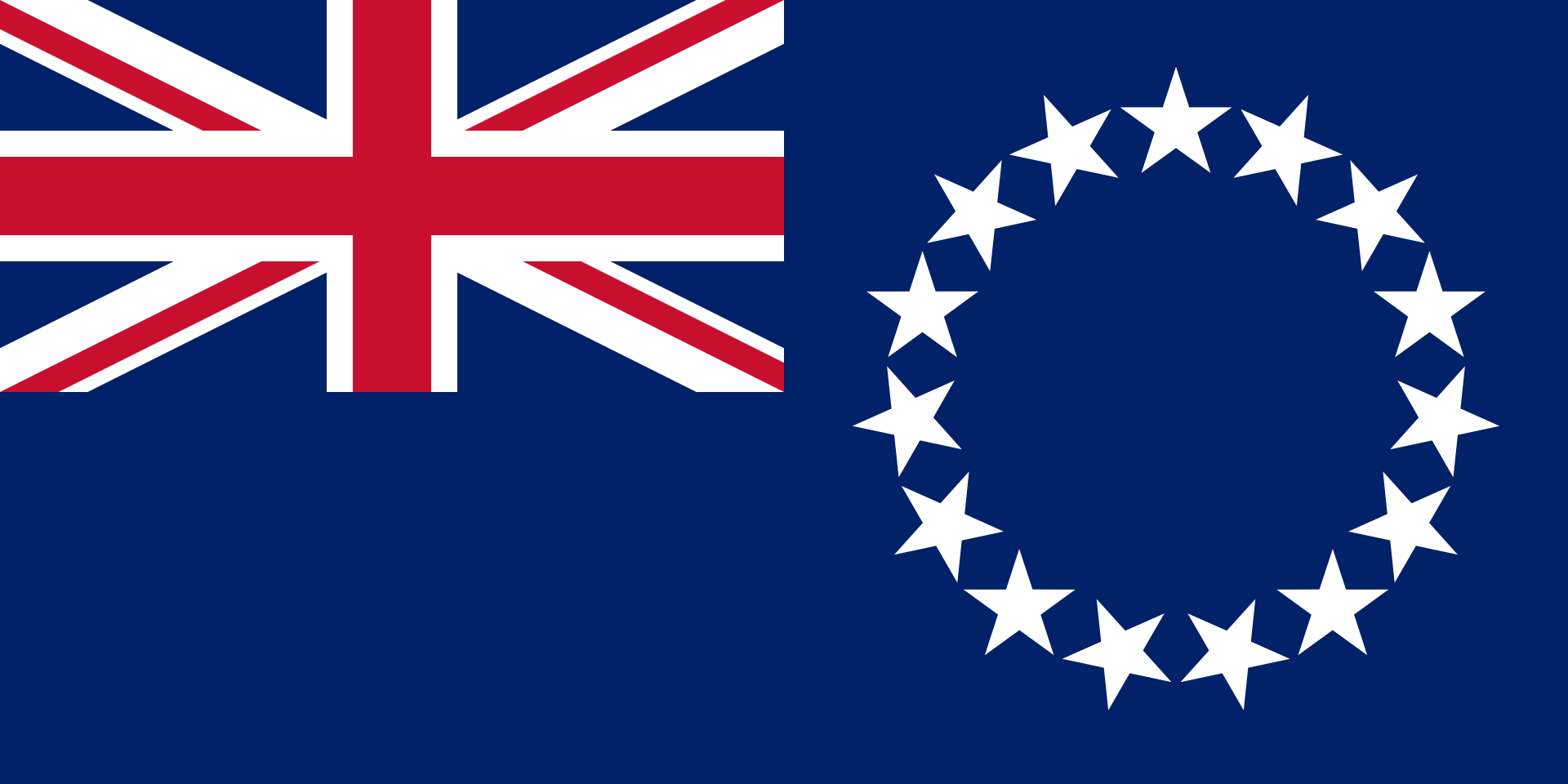 Cook Islands are a self-governing island state in free association with New Zealand. It comprises a volcanic archipelago of 15 islands with a total land area of 237 square kilometers spread over two million square kilometers of South Pacific Ocean. The southern islands, which account for 90% of the land area, are rugged terrain formed by recent volcanic activity, with Rarotonga being the most mountainous of the group of islands. The northern islands are coral atolls created over volcanoes, with outer reefs surrounding a lagoon.

As of July 2020 estimates, 8,574 people live on the Islands. Of them, 81.3% are Polynesian Cook Island Maori.The culture diversity of the Cook Islands is reflected in a variety of the languages used in the region besides English. The official language is Cook Islands Maori, otherwise known as ‘Rarotongan’, and Pukapukan. Dialects of Cook Islands Maori also include Penrhyn, Rakahanga-Manihiki, the Ngaputoru dialect of Atiu, Mitiaro, and Mauke, the Aitutaki dialect and the Mangaian dialect. The major religion is Christianity.

The culture of the area is very diverse. The Cook Islands’ music is distinguished by ukuleles and strong percussion. Each island has its own unique dances, which are taught to children from an early age. The Maori ura, a traditional dance usually performed by a female who uses her body movements to convey a story, is one of the Cook Islands’ most popular traditional dances. 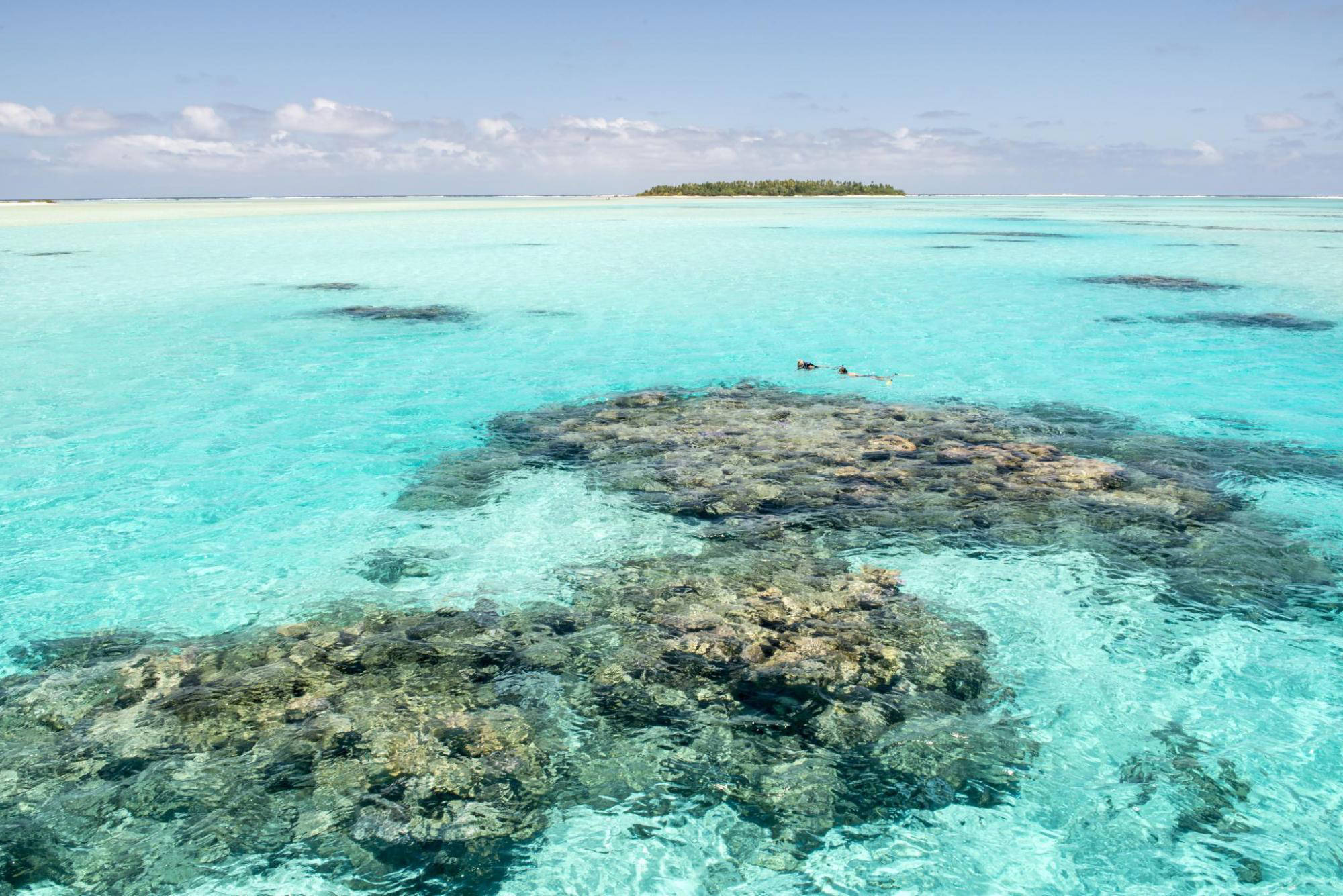 The Cook Islands were first settled around 1000 AD by Polynesian travellers from the Society and Marquesas islands (now known as French Polynesia), as part of the great voyages. In 1595, the first European to sight the island of Pukapuka was a Spaniard named Alvaro de Mendana de Neira. In 1773, Captain James Cook explored the islands and the islands were named Hervey Islands. Fifty years later, the Russian–Baltic German Admiral Adam Johann von Krusenstern published the Atlas de l’Ocean Pacifique, in which the islands were renamed as the Cook Islands in honour of Captain Cook. The Cook Islands were proclaimed a British protectorate and a single federal parliament was established in 1888.

The Cook Islands’ economy centers on tourism, accounting for 70% of gross domestic products of the state. Tourism-related demand accounts for 80% of energy consumption, which creates more employment opportunities for the citizens. Its territory’s natural assets include white sand beaches, blue lagoons, and volcanic mountains. From 2005 to 2015, it saw an increase of 42% of travelers visiting the Cook Islands from 88,000 travelers in 2005 to 125,000 travelers in 2015. Agriculture is the other key source revenue, which together with fishing accounts for 3% of the GDP in 2017. This sector employs over one-quarter of the working population and provides the economic base with major exports of copra and citrus fruit. Other key exports include black pearl exports, the sale of fishing licenses to foreign fleets, and offshore finance.

Real estate, mostly for tourist resorts, lounges, apartments, and bungalows, is a major area of opportunity for investment as the government is hoping to increase tourism in the Cook Islands. Another lucrative investment opportunity is in the redevelopment and quality processing of black pearl consumer goods; as the raw products are native to the islands, local businesses are seeking joint venture programs to enhance the quality of the products. Sustainable ecotourism and scuba diving are also an area of investment interest.