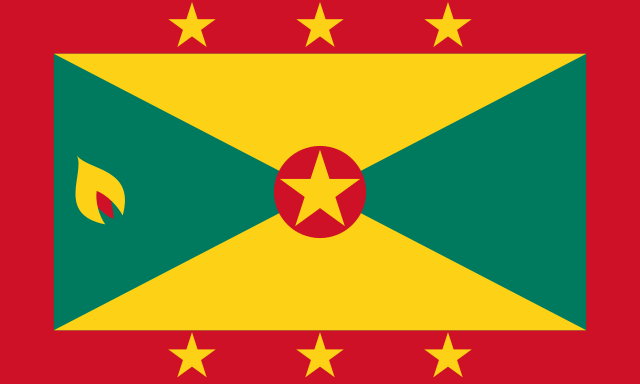 Located in the Caribbean Sea, the State of Grenada is the main yachting and sailing harbour in the West Indies that sits approximately 100 miles north of Venezuela, and is the southernmost island on the arc of the Lesser Antilles. It is known as the ‘Spice Island’, as it is one of the largest producers of nutmeg worldwide. The island offers a vibrant, yet diverse landscape due to its tropical climate, ranging from mountainous regions and rainforests to beaches. Such a setting brings a great deal of tourism to the island. The capital of Grenada is St. George’s. The southern Grenadines—located 32 km north-northeast, with an area of 34 square km—are a dependency of Grenada

The island nation is volcanic in origin and one of the most distinct topographical markers is the ridge of mountains that run from the north to the south; the ridge leads down steep slopes to the west with a more gradual incline to the east and southeast. The northern region is defined by Mount St Catherine, the highest point on the island with a height of 2,757 feet.​ 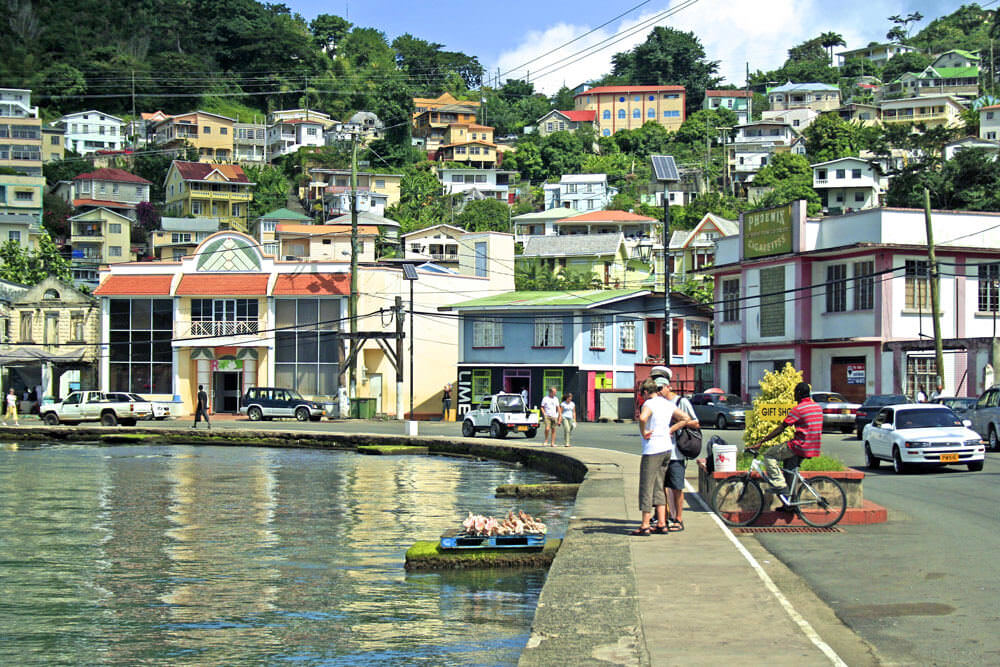 Grenada is a densely populated nation of around 113,900 people (as of July 2022), one third of which inhabit St George’s, while the other 65% live in rural areas entirely along the coast. As of 2022, 36.9% of the population resides in urbanised areas.

The headquarters of the British Windward Islands governance body was stationed in Grenada from 1885 until 1958 when Grenada officially joined the West Indies Federation. When the federation was dissolved in 1962, Grenada attempted to federate with Windward Islands territories along with Barbados and Leeward Islands, but this did not occur. In March 1967 the island was given self-governing status but was still in association with the UK. Grenada officially gained independence on 7th February 1974.

The Grenada United Labour Party leader and Premier, Eric M. Gairy, was abroad when the National Jewel Movement (NJM) staged a bloodless coup, instating leader Maurice Bishop as Prime Minister of the “People’s Revolutionary Government”. He himself was taken down during a military coup in 1983 and less than a week after, on October 25th, the US invaded the island and overthrew the military government. Governor General of Grenada, Sir Paul Scoon, was put in charge of restoring the government. He appointed ex-Commonwealth official Nicolas Braithwaite as interim head of the governing council until elections could be held to reinstate a constitutional government. The election was held in December 1984, wherein New National Party head, Herbert A. Blaize, became Prime Minister. In the 1995 election, which was won by the NNP, 47-year-old Keith Mitchell, became Prime Minister and he would go on to hold this position for three consecutive terms.

2000 Truth and Reconciliation Commission set up in April with South African to analyse and study political upheavals of the “Revolutionary Years” between 1976 and 1983.

2001 Underwater volcano Kick’em Jenny erupts in December but does not break the water’s surface.

Grenada is a representative democracy with a multi-party parliamentary system. It has a bicameral Parliament with an elected House of Representatives and an appointed Senate. The Prime Minister has executive power whilst legislative power is vested in both government and Parliament. The Judiciary is independent of the executive and the legislature.

Grenada’s judicial system forms part of the eastern Caribbean court system, which follows English common law. St. George’s hosts Grenada’s Supreme Court and Courts of Appeal; however, Grenada’s judiciary has garnered a reputation for being inefficient, through elongating civil procedures and lacking judicial staff. The country is one of eight countries who agreed to establish the Caribbean Court of Justice to hear cases formerly appealed to the United Kingdom’s Privy Council.

Grenada is a small open economy largely which has been predominantly based on its agriculture and tourism sectors; however, recently its services sector and citizenship investment programs have become the leading revenue generators. As at 2021, the agriculture sector contributes 5.1% although the latest labour distribution statistics date back to 2000 showcasing that 24% of the population was employed in the sector. Industry accounts for 14.7% of the GDP, of which manufacturing contributes 3%; the notable revenue generated from this sector is primarily due to the production of spices, most notably nutmeg, as well as tropical fruits and coconut products largely through export revenues and 1999 estimates reveal that 14% of the labour force is involved in the sector.

The services sector has become the leading source of revenue for the nation, accounting for 65.5% of GDP and employing 62% of the nation’s labour force (also as at 1999). Grenada’s tourism sector is also particularly important to the economy, contributing around 56 percent to GDP in 2018 and sector growth was strong in 2017/18, led by FDI-financed tourism-related projects, with activity across the sector expanding by 4 – 5 percent.

In 2021, Grenada reported a GDP of US$1.12 billion and an annual growth rate of 5.3%. The main export commodities for the year included coffee, tea, maté and spices (16.1%), beverages, spirits and vinegar (13.3%), milling industry products (10.7%) and machinery and mechanical appliances including nuclear reactors and boilers (9.8%). Notable destinations for these include areas not elsewhere specified (NES) (57.4%), the United States (16.8%), Saint Vincent and the Grenadines (4.9%) and Trinidad and Tobago (3.8%).  In terms of imports in 2021, Grenada’s top imports included mineral fuels, oils and products of their distillation (14.6%), machinery, mechanical appliances, nuclear reactors and boilers (7.6%), electronic machinery and equipment (7.0%) and vehicles other than railway or tramway rolling stock, and parts thereof (4.8%). These imports were primarily sourced from the United States (39.1%), Trinidad and Tobago (17.2%), the Cayman Islands (9.3%) and the UK (4.1%).

Grenada is a beautiful Caribbean nation that has a stable and secure political and social system, abundant natural resources, a young and dynamic workforce as well as a strategically advantageous geographical location that allows easy travel access to key markets in the Americas and Europe.

In 2019, The Grenadian government pledged to develop an ecologically sustainable fisheries sector to support long-term exportation of yellowfin tuna. Foreign investment in blue growth and fisheries infrastructure in conjunction with government funding would help to make this a realisable project. Aside from the marine sector, the key growth sectors for which foreign investment is being encouraged are Tourism & Hospitality Services, Health& Wellness, ICT, Energy and Agribusiness, particularly development in agritech.

The manufacturing sector has grown significantly in recent years thanks to government incentives. Although this has kick-started the establishment of new manufacturers, these companies must export from an early stage to compete, due to the small local economy. Therefore, smaller manufacturing companies would benefit from investment in this sector. Electricity generation on the island could be provided for through a more diverse range of sources. The island offers untapped natural resources, of which investors could take advantage to generate hydroelectricity as a more sustainable alternative.

Grenada’s Citizenship by Investment program was introduced in 2013, whereby individuals may be awarded citizenship for a singular investment of US$150,000 to the National Transformation Fund (NTF) or a minimum US$200,000 for a family of upto four members. Grenada’s passport  ranks 76th on the Passport Index, allowing visa free travel to over 140 countries including the EU, UK, and Singapore and is the only Caribbean passport that offers the opportunity to attain the E2 visa in the US which allows you to reside and own business in the country.