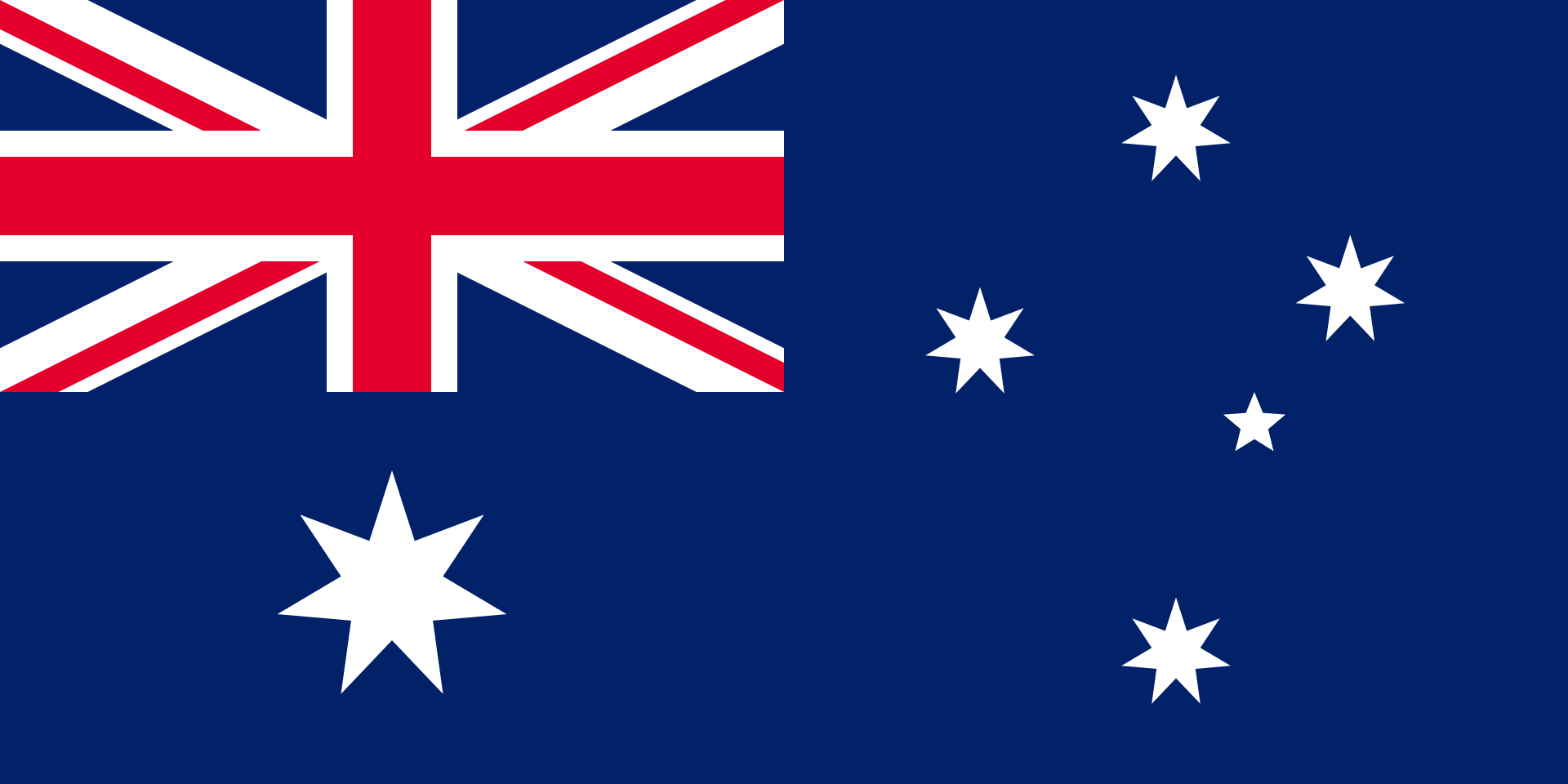 Australia is the second largest country in the Commonwealth.  Located on one of the driest continents in the world, Australia’s climate is generally arid to semiarid and 18% of the Australian mainland is desert land. The northeastern coastal part, however, has a tropical climate due to the rain forests and concentrated rainfall.

Australia’s unique and diverse ecosystem promotes biodiversity.  Many animal species can only be found in Australia, for example platypus, kangaroo.  Moreover, as the largest coral reef system in the world, the Great Barrier Reef provides shelter to a variety of species of fish, mollusk, and crustaceans. With its diverse environmental conditions and ecosystems, it is not surprising that Australia is one of the few countries in the world that has more than 10 UNESCO natural World Heritage Sites.  Apart from the Great Barrier Reef, other famous heritage sites include the Greater Blue Mountains Area, Fraser Island and Kakadu National Park. 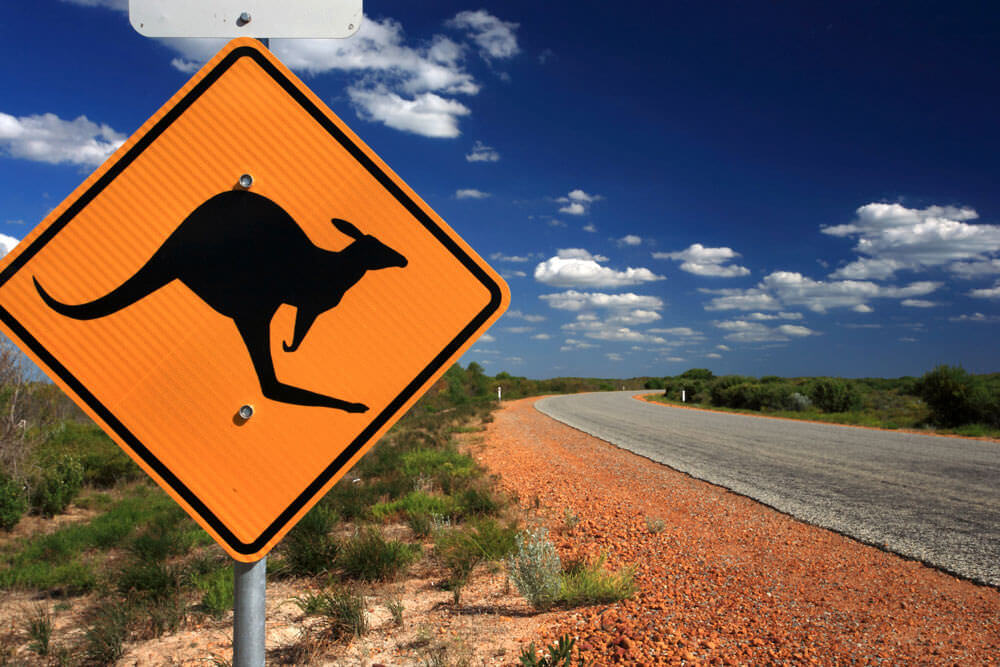 Australia is one of the most ethnically diverse nations in the world.  Within its population of about 25.5 million people, around a quarter of the population was born overseas.  Migrants commonly come from the United Kingdom, India, China, New Zealand and Philippines.  As of 30th September 2020, net overseas migration contributed to 38.6% of the annual population growth in Australia.  In South Australia and Tasmania, net overseas migration even exceeded natural increase and became the major contributor to population increase.  The main ethnic groups of the Australian population are English and Australian, accounting for 25.9% and 25.4% respectively.  This is followed by Irish (7.5%), Scottish (6.4%), Italian (3.3%), German (3.2%), Chinese (3.1%), Indian (1.4%) and Greek (1.4%).

The official language of Australia is English, and in fact around 70% of the population speak English at home.  To help new migrants or humanitarian entrants better integrate into the community, the Australian government provides free English language tuition to them through the Adult Migrant English Program (AMEP).

The original inhabitants of Australia were the Aboriginal people said to have migrated from Asia to Australia at least 60,000 years ago with DNA studies conducted in 2016 surmising that the Aboriginal Australians, known also as First Nations, migrated out of Africa and are amongst the oldest civilisations across the world.  Prior to the arrival of European foreigners, it is estimated that somewhere between 300,000 and 1 million First Nations people inhabited the islands and they spoke almost 250 unique languages.

The Dutch were the first to sight Australia in 1606 and make landfall at the Pennefather River close to present-day Weipa under the captaining of the Duyfken (Little Dove) by Willem Janzsoon who was the first of many to later chart two-thirds of Australia’s coastline in the 17th century. In 1770, Captain James Cook of the British Royal Navy charted the east coast and found that it was fertile. By 1788, the 11 vessels of the First Fleet docked at Botany Bay and officially established the New South Wales into a penal colony.

The discovery of gold in 1851, first at Bathurst and the later at Ballarat, attracted people from all over the world to migrate to Australia including the immigration of 50,000 Chinese individuals.  In 1901, the British Parliament passed legislation to enable six separate British colonies to jointly form the federal Commonwealth of Australia with the consensus that the capital would be in New South Wales with a distance of at least 100 kilometres from Sydney which consequently led to the creation of Canberra. Australia officially became an independent nation during this year and a temporary parliament was also set up in Melbourne which remained operational for 27 years.

During World War 1, the Australian and New Zealand Anzac Corps (ANZACs) were deployed in April 1915 to partake in the Gallipoli Campaign that is known to have been a defining moment for Australian history, and the day is celebrated on the 25th of April every year; the holiday is known as the ANZAC Day.

1836 – South Australia established, with Adelaide as its capital.

1901 – The country is unified. The Commonwealth of Australia comes into being on 1st January.

1911 – Canberra is founded and designated as the capital.

1993 – The Native Title Act establishes a process for the granting of Aboriginal land rights.

1999 November – Referendum on making Australia a republic defeated, with 55% voting to retain the status quo.

As the Australian system of government is heavily influenced by the US “Washington” model and the British Westminster model, it is often referred to as the “Wash-minster” model. Australia is a federation of six states, namely New South Wales, Victoria, Queensland, Western Australia, South Australia, and Tasmania.  Each state has its own government, Governor and Parliament.  The federal government, headed by the Prime Minister, has no power to override the decisions made by the state government except in accordance with the federal Constitution.

Apart from a federation, Australia is a constitutional monarchy.  Sharing a monarchy with the United Kingdom, Canada, New Zealand and other Commonwealth realms, Australia’s head of state is Queen Elizabeth II.  Her powers and functions are all delegated to the Governor-General by the Constitution.  The Governor-General is required to act as advised by the Ministers or Parliamentary Secretaries of the Federal Executive Council.  Moreover, Australia is a parliamentary democracy.  As defined under the Constitution, the Parliament of Australia consists of the Queen, the Senate and the House of Representatives.

The legal system in Australia is the common law system, with cases and legislation being the major sources of law, and a judiciary that is independent from other branches of the government.  The Australian court system consist of the High Court of Australia and other federal courts.

According to the International Monetary Fund, Australia’s economy is the 12th largest in the world in 2021.  Notwithstanding the COVID-19 pandemic, the Australian economy outperformed other economies, recording a real GDP change of -2.4% in 2020 when compared to 2019, as opposed to an average of -4.9% for all advanced economies.  Australia’s strong economy can be attributed to government policies promoting open and fair trade, business-friendly regulatory approach, and a highly diversified economy with a focus on the services sector.  The services sector accounts for over 70% of Australia’s gross domestic product and employs 80% Australians.  A highly educated workforce contributes to the development and growth of the services sector and trade in Australia.

Australian trade is underpinned by the following five industries: mining and energy, agriculture, wealth management, tourism, and education.  As one of the world’s third largest exporter of resources and energy, and in particular the world’s largest exporter of iron ore, it is estimated that export earnings of Australia’s resources and energy will amount to a record AUS$296 billion in 2020-2021.  In addition, Australia is one of the major global producers and exporters of agricultural products.  Regarding the finance and wealth management sector, the pool of investment fund assets managed by Australia is the eighth largest in the world, amounting to US$2.2 trillion in September 2020.  Before the COVID-19 pandemic, international and domestic traveler spending in Australia amounted to AUS$139 billion in 2019.  As around three-quarters, or AUS$107 billion in 2019, of tourism spending comes from domestic travelers, Australia’s tourism industry is not as hard-hit by the pandemic as one may anticipate.

Australia maintains strong trade links with Asian countries.  The Asian region contributed around three-quarters of two-way trade in goods and services in 2019-2020. 12 of the top 15 export destinations for food and fibre are located within Asia.  Asia is also the biggest purchaser of Australia’s resources and energy.  In relation to the education sector, about 80% and 90% of international students and international higher education students come from Asian countries respectively.

Australia’s GDP in 2021 stood at 1.54 trillion USD with a positive balance of trade of AUS$17.7 billion as of June 2022 (seasonally adjusted). The top Australian export commodities for 2021 included ores, slag and ash (38.1%), mineral fuels, oils and products of their distillation (26.6%), natural or cultured pearls, precious/semi-precious stones, metals and their by-products (6.0%) and meat and edible meat offal (3.4%). The largest trade destinations for these Australian products were China (33.4%), Japan (8.6%), South Korea (6.3%) and India (3.7%). In terms of imports for the same year, Australia mainly imported machinery, mechanical appliances, nuclear reactors and boilers (14.8%), vehicles other than  tramway/railway rolling stock and parts thereof (13.4%), electrical machinery, electronic equipment and accessories thereof (11.3%) and mineral fuels, oils and products of their distillation (10.4%). China also happened to be the largest import supplier at 27.3% of all imported products, followed by the US (10.2%), Japan (6.1%), and Thailand (4.4%).

As the global demand for food and food security grows, Australia is in a good position to become a leading food suppler. Due to which the government is actively encouraging foreign investment in its endeavour to upscale its agribusiness and food sector. Australia also offers investment in the untapped market of Northern Australia, a region that is currently being developed via business-friendly reforms and investor ready projects.

Australia’s need for efficiency gains in the digital and ICT R&D sectors is generating demand for investment in collaborative R&D, cyber security, data servers and infrastructure, and financial services. Other areas of investment include medical technology, tourism, resources and energy, and infrastructure. The Australian government offers investors tax incentives such as wage subsidies for apprentices and trainees, R&D tax offsets, tax exemptions and concessions in the venture capital sector, and refundable tax offsets on certain expenditure incurred in Australia in producing specified classes of film or undertaking specified post, digital, or special effects production activities.