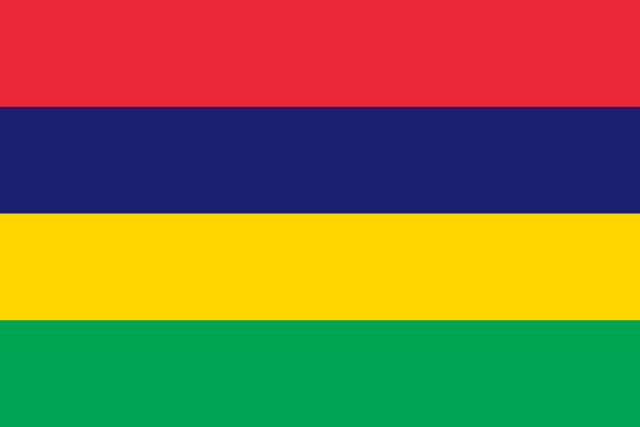 The Republic of Mauritius consists of a series of islands located in the Indian Ocean, approximately 800 km east to the coast of Madagascar. Other than the main island of Mauritius, the nation also includes Rodrigues Island (550 km to the east), the Cargados Carajos Shoals (400 km to the northeast), and the Agalega Islands (930 km to the north). These islands are all volcanic in origin. Their idyllic sandy beaches and coral reefs attract tourists to the islands; mountainous central areas and wealth of rivers complete the diverse landscape. 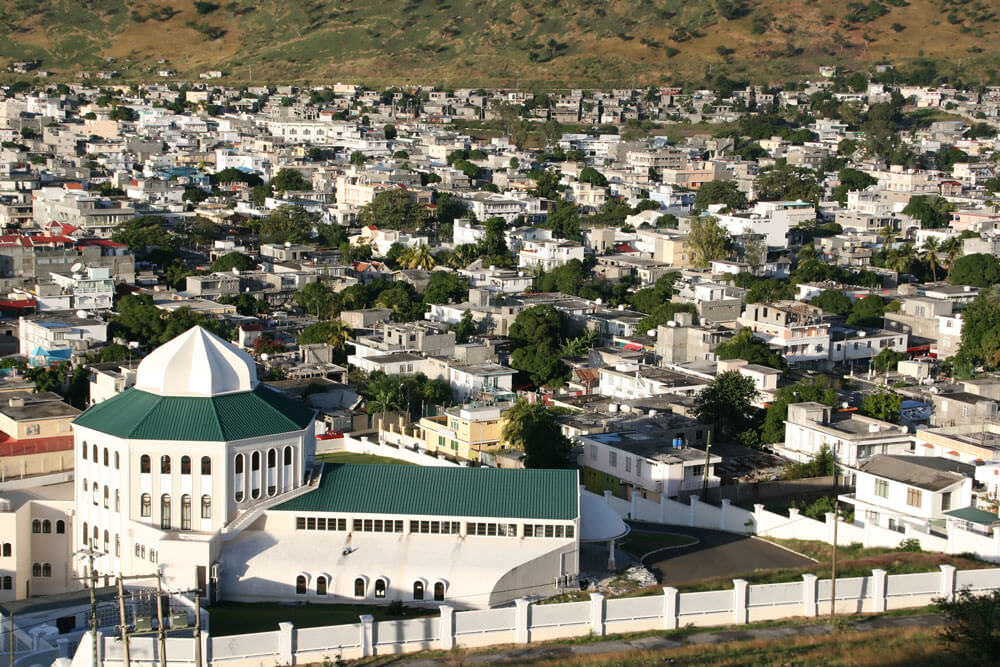 The country participates actively in Commonwealth programmes, as a host of the Commonwealth’s flagship Finance Access hub, unlocking access to finance to tackle climate change; as an island nation, the country has also been vocal in water pollution issues, co-championing the Blue Charter Action Group on Coral Reef Protection and Restoration.

According to UN estimates in July 2021, the current population of Mauritius is about 1,273,400 people, of which 40.8% live in urban areas, especially the capital of Port Louis. According to July 2020 estimates of the Mauritian government 40% of the population is under 30 years of age.

According to the last estimate taken on the ethnic census of the state in 2000, 67% of the Mauritian population is of Indo-Pakistani origin, followed by Creole (people of mixed French and African descent) constituting 27%, Chinese 3%. Although English is the official language, it is spoken by only a small fraction of the population, while Creole, a French-based language, is spoken most widely and is understood by 80% of Mauritians

From 1598 to 1710, the Dutch took possession of Mauritius and named the country after the then Governor Maurice of Nassau. Despite multiple attempts, the Dutch were unable to settle into the island and eventually left. In 1721, the French East India Company settled and named the territory Île de France and established the sugar planting industry. Governance was handed over to the French government before the British took over in 1814 via the Treaty of Paris and the original name of Mauritius was undertaken again for the territory, although it retained French laws, customs, and French as the commonly spoken language.

The country was, however, not settled until the French took over the country in the mid-18th century. Mauritius subsequently changed hands from the French to the British in the 1810s, but despite it being a British colony, the customs, laws, and language governing the nation remained French. When slavery was abolished in 1835, Indian and Pakistani nationals were brought in to work in the sugar industry, from which the current Indo-Pak population in Mauritius originates from. Henceforth, Mauritius underwent rapid development and economic prosperity especially in the 1850s until the Great Depression and World War 2 degraded the economy drastically. This led to political reforms that eventually gave the country independence within the Commonwealth on 12th of March 1968. The 1980s was a period of successful economic diversification that also had an impact on the political system and governance. Mauritius became a republic on the 24th anniversary of its independence, with the President, Cassam Uteem, as head of state. In 2015, a historic event took place when the country elected its first female president, Ameenah Gurib-Fakim, on the 5th of June. 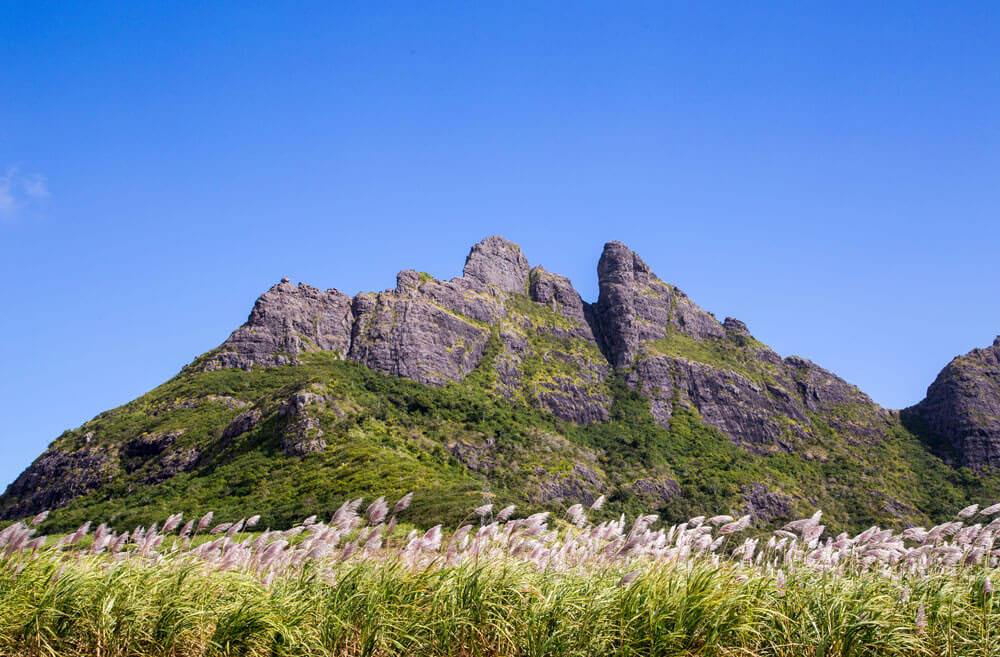 1598 Dutch reach the island and rename it after their head of state, Maurice.

1814 Mauritius, Seychelles and Rodrigues ceded to Britain under Treaty of Paris.

1834 Slavery is abolished in Mauritius.

1926 Indo-Mauritians elected to government council for the first time.

1942 Donald Mackenzie-Kennedy becomes governor and introduces consultative committee, which includes representatives from all Mauritian communities for the first time.

1957 Internal self-government introduced, with an electoral system based on the Westminster model.

1968 Independence achieved on 12th of March.

Prior to its transition to a republican state, Mauritius was a constitutional monarchy with the British monarch as head of state. Today, Mauritius is headed by a president, who is elected by a National Assembly every five years. The National Assembly is vested also with legislative power, while executive power is exercised by a Council of Ministers which is headed by a prime minister.

The country’s legal system is governed by a hybrid of civil law and English common law. Substantive Mauritian law is derived from the French Napoleonic Code; however, English common law is also employed for procedure and evidence, alongside financial and company law. The Supreme Court is divided into the Court of Civil Appeal and the Court of Criminal Appeal. The Intermediate and District Courts are magistrate courts; cases heard here can be appealed to the Supreme Court. The Privy Council of the United Kingdom is, however, the final court of appeal.

Despite Mauritius’ relatively small size, it boasts one of the most successful and competitive economies within Africa with its 14.18 billion GDP in 2019. Though Mauritius previously relied heavily on the production and export or sugar cane, the country now enjoys a diversified economy. This has been achieved by the Mauritius government in the last 40 years by minimising sugar cane production and encouraging the development of new markets. Tourism and financial services have contributed well to the economy, as the country has seen a slow yet steady rate of growth in the last few decades. However, the country’s economy still owes its stability, in part, to the sale and export of sugar. At present, sugarcane is cultivated on 85% of the arable land in Mauritius, with around 530,000 tonnes of sugar being exported to the European Union. Sugar exports still represent approximately 19% of foreign exchange earnings.

Mauritius’ tourism sector now forms one of its main economic pillars. Known as a luxury travel destination, tourists are mostly attracted by the country’s picturesque sceneries, its extravagant resorts, and its vibrant cultures. In 2019, Mauritius saw almost 1.5 million annual visitors, while tourism contributed to around 10% of GDP in 2018. Furthermore, the new Mauritian Integrated Resort Scheme is open to foreign direct investment. It allows foreign investors to purchase land or property in Mauritius in pursuit of establishing a hotel or resort. As a popular travel destination for many people from the United States and Asia, participation on the Scheme could be an excellent opportunity to enter the Mauritian tourism industry.

The service sector contributed to 12% of GDP, almost exclusively via commercial services (99.8%), followed by travel and other business services.

Mauritius is a member of the Common Market for Eastern and Southern Africa; however, its average applied tariff is very low, at a rate of 0.8%.

Mauritius’ financial and insurance services have grown steadily in recent years. As a result, its domestic financial services sector is now well-developed. In terms of its growing offshore sector, the Mauritius government aims to establish the country as an international financial and business centre. As many as 32,000 offshore commercial entities have established offices on the island, with many of these entities aiming at commerce in India, South Africa, and China.

To promote more foreign investment into Mauritius, the government began the Property Development Scheme in 2015 that allows foreign individuals to buy property in full ownership of an amount greater than US$500,000 and gain a residence permit for the individual and their family for as long as they remain owners of the property. Another initiative is the G+2 which, upon purchase of a condominium apartment (the building must have at least 2 floors) grants the individual a resident permit of up to 6 month. These investments will not be taxable in France.

Another interesting investment opportunity is in the country’s rum production that is rising in popularity. Due to Mauritius’s well-developed sugar and molasses production, it gives way to a unique and flavourful rum and the state would benefit from investment in its manufacturing and marketing.