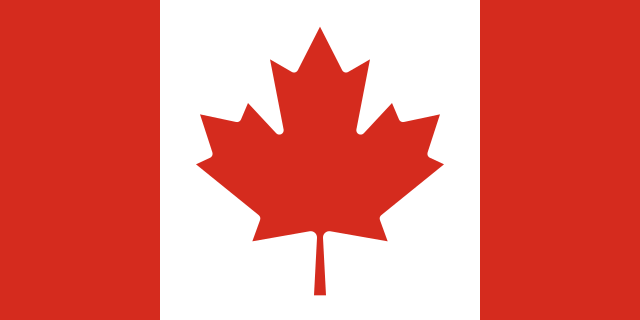 Legal system: A combination of common law and civil law

Canada, the name derived from the Iroquois word Kanata, is the second largest country in the world by area covering roughly 40% of the North American subcontinent; yet it is one of the least populated countries in the world. The territory includes thousands of islands like the Newfoundland in the east and the Arctic Archipelago in the north, The neighbouring territories include Greenland towards the northeast, Alaska to the west and US to the south with which Canada shares an 8,890 km border with the United States. The topography of the country is diverse with mountains, plateaus, and highlands and half of the country is covered in forest.

With 10 million square kilometers in area, Canada is the largest country by area in the Commonwealth and the second largest country in the world. However, it only sports a population of 38.2 million, based on 2022 estimates, making it one of the world’s most sparsely populated countries. After World War II, Canada sought to increase its population by immigration to sustain industrial growth, adopting the world’s first ever multiculturalism policy which advocates non-discrimination against ethnicity. As a result, Canada has a diverse range of ethnicities in its citizenship; according to 2016 estimates, majority (47.7%) are reported to be of several different ethnic backgrounds and in some cases have chosen multiple ethnic origins. Aside from this group, 32.3% are Canadian; 18.3%, English; 13.9%, Scottish; 13.6%, French; 13.4%, Irish; 9.6%, German; 5.1%, Chinese; 4.6%, Italian; 4.4%, North American Indian; 4.0%, East Indian; and 3.9%, Ukranian. Similarly, the population of Canada practice several different religions. The biggest group in aggregation consists of Catholics who account for 39% of the population, followed by Protestants (20.3%), Orthodox (1.6%), Christians of other schools of thought (6.3%), Muslims (3.2%), Hindus (1.5%), Sikh (1.4%), Buddhists (1.1%), Jewish (1.0%) with the remaining 33.5% subscribing to no religion.

There are three major categories of languages in Canada: official languages, indigenous languages and immigrant languages. Although there are around 70 indigenous languages in Canada, only English and French have been established as the official languages of Canada within its written constitution. Among the two, English is largely dominant throughout the country, with almost half of the population speaking English as their first language, while approximately one-fifth regard French as their first language. Notably, Quebec and New Brunswick are the only provinces with French as their official provincial language, with New Brunswick being the sole officially bilingual provincial state in Canada. 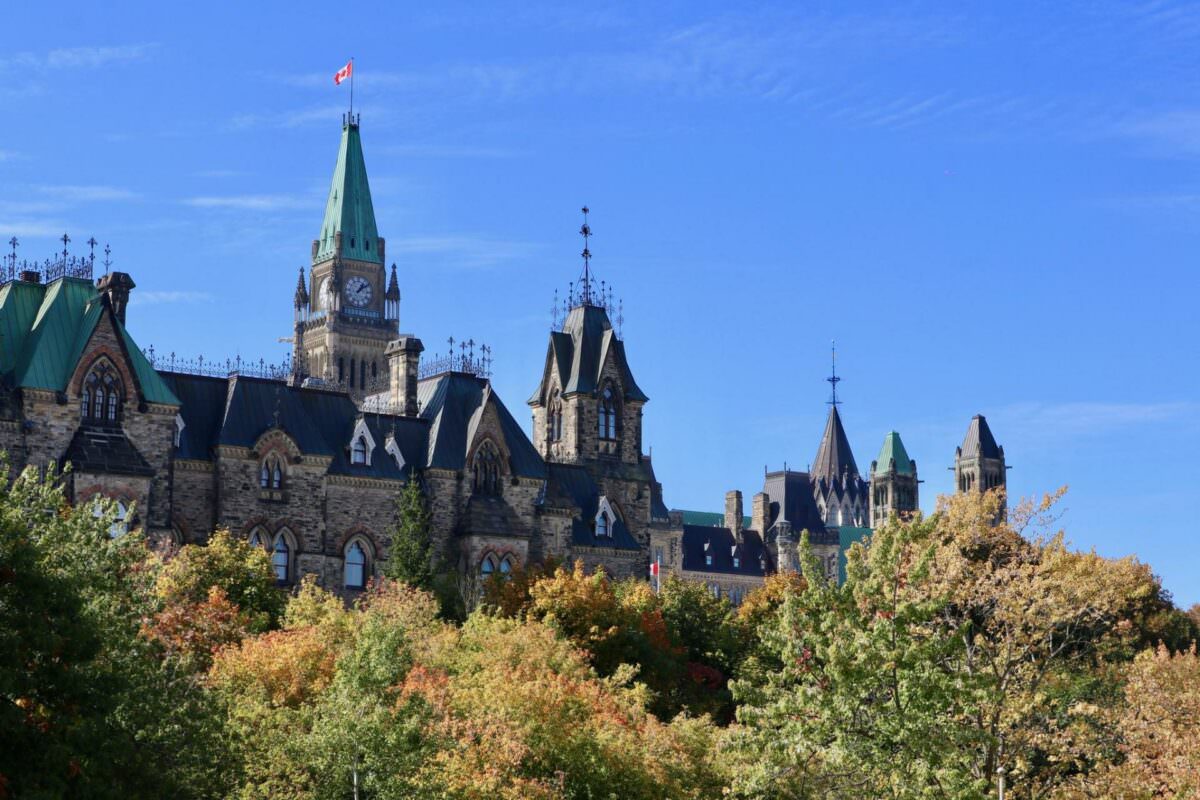 In 1849, Canada was given the right to self-government and the country of Canada was officially established in 1867. It was comprised of Upper Canada (the area that became Ontario), Lower Canada (the area that became Quebec), Nova Scotia, and New Brunswick. In 1869, Canada continued to grow when it bought land from the Hudson’s Bay Company. This land was later divided into different provinces, one of which was Manitoba. It joined Canada in 1870 followed by British Columbia in 1871 and Prince Edward Island in 1873. The country then grew again in 1901 when Alberta and Saskatchewan joined Canada. It remained this size until 1949 when Newfoundland became the 10th province.

1858- Founding of British Columbia; it is established on the Pacific coast.

1867-The British North America Act takes effect, uniting the former United Province of Canada (now split into Quebec and Ontario) with Nova Scotia and New Brunswick and creating the Dominion of Canada

1905– In September, Alberta and Saskatchewan are separated from the Northwest Territories to become the eighth and ninth provinces of Canada.

1949- Newfoundland becomes the 10th province of Canada in April 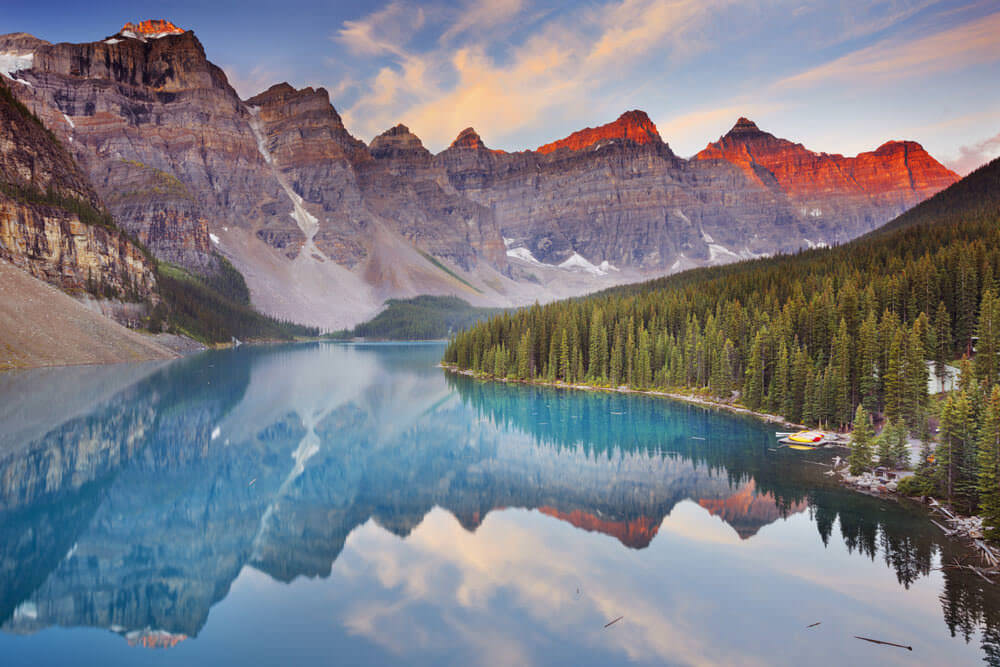 The politics of Canada function within a framework of parliamentary democracy and a federal system of parliamentary government with strong democratic traditions. Canada is a constitutional monarchy, in which the monarch is head of state. In practice, the executive powers are directed by the Cabinet, a committee of ministers of the Crown responsible to the elected House of Commons of Canada and chosen and headed by the Prime Minister of Canada. The Liberal Party, led by Justin Trudeau secured a second term in the federal election of 2019 but lost its parliamentary majority thus needing to negotiate with other parties on policy and legislation.

Apart from the coexistence of two official languages in Canada’s justice system, two legal traditions (the common law and civil law) also exist side by side within the same country. Quebec is the only province that follows a civil code, whereas the rest of Canada follows the common law. With its distinct official provincial language and legal system, coupled with other vastly different cultural traditions stemming from French origins, Quebec is often seen as unique from the rest of Canada.

Canada is a trading nation which’s economic growth relies hugely on its geographical positioning and rich natural resources. Its economy consists mainly of natural resources industries, manufacturing industries and service industries. Its largest industry is its service industry, which employs more than 70% of working Canadians as of 2017 and contributed to almost 70% to GDP in 2016. Its biggest sector is retail, which boasts some internationally known names such as Walmart and Future Shop. Tourism and financial services are among its rapidly growing areas.

Canada’s economy is dominated by the private sector, though some enterprises (e.g., postal services, some electric utilities, and some transportation services) have remained publicly owned. During the 1990s some nationalized industries were privatized. Canadian agriculture is firmly private, but it has come to depend on government subsidies to compete with the highly subsidized agricultural sectors of the European Union (EU) and the United States. Several marketing boards for specific farm commodities practice supply management and establish floor prices.

Despite the country’s great territorial landscape, less than one-twelfth of its land is suitable for agriculture. This is because the country has wide-ranging climates and geographical reliefs such as mountains, plateaus, plains, lowlands, and prairies, some of which impose conditions too extreme for crop production. To combat challenging climate and soil conditions, many Canadian farmers have chosen to grow genetically modified crops. The country remains the world’s eighth largest exporter of agricultural products, especially grains, oil seeds and specialty crops. In terms of natural resources industries, Canada is a world leader in the export of forest products. Naturally, the country’s abundance of forests forms a major source of wealth for its people: forests constitute almost half of Canada’s land area, facilitating the constant production of resources such as lumber, pulp, paper, wood products and energy biomass. Canada’s geographical proximity and trade relationship with the United States further stabilizes its forest industry, with Canada exporting most of its lumber products to the latter country. New products are being developed to revolutionize the industry, including building materials, biofuels and biochemicals. Canada’s agricultural industry also forms a significant part of its exports

It is also a major global supplier of crude oil and the fifth-largest producer and fourth-largest exporter of natural gas in the world. For uranium, Canada is the world’s second largest producer of the metal, with global output amounting to approximately 13%. In recent years, Canada has further launched a hydrogen strategy aiming to position Canada as a world-leading producer and exporter of clean hydrogen, and to achieve net-zero emissions by 2050. Global market value for hydrogen and fuel cell technology is expected to reach up to $11.7 trillion by 2050. Other than the production of uranium, Canada is known for its production of other valuable minerals and metals.

Raw materials produced through mining are essential for the country’s manufacturing industry for products such as automobiles. This is important for the country as the automotive and aerospace industries are two of the biggest contributors to Canada’s manufacturing sector. Canada is one of the world’s top 10 producers of light vehicles and the automotive sector contributes $19 billion to the country’s GDP. Furthermore, Canadian companies are a pioneer in the development of transformative automotive industries, garnering expertise in artificial intelligence and other emerging technologies. This includes the development of hydrogen fuel cell technology in automobiles. The aerospace industry, on the other hand, exports to over 190 countries around the world and contributes over $25 billion in GDP. It outpaces the aerospace manufacturing average by far in its usage of advanced or emerging technologies. Another considerable contributor to Canada’s economy is its energy resources, in particular renewables such as hydroelectricity and wind power, fossil fuels and uranium. Canada is the second largest producer of hydroelectricity in the world, providing 59.3% of the electricity generated in the country.

Surrounded by the Atlantic and Pacific Oceans, Canada has rich fishing grounds, giving rise to a stable fishing industry which consistently ranks as one of the top five fish exporters by value in the world. Several regions in Canada are wholly or partly dependent on fishery, and the primary and secondary fisheries sector is the largest private sector employer in Atlantic Canada.

Canada is a signatory of the Comprehensive and Progressive Agreement for Trans-Pacific Partnership (CPTPP), United States-Mexico-Canada Agreement (CUSMA) and the EU-Canada Trade agreement (CETA). The nation also has free trade agreements with fellow Commonwealth nation, the United Kingdom, and is currently reviewing a trade agreement with Singapore. 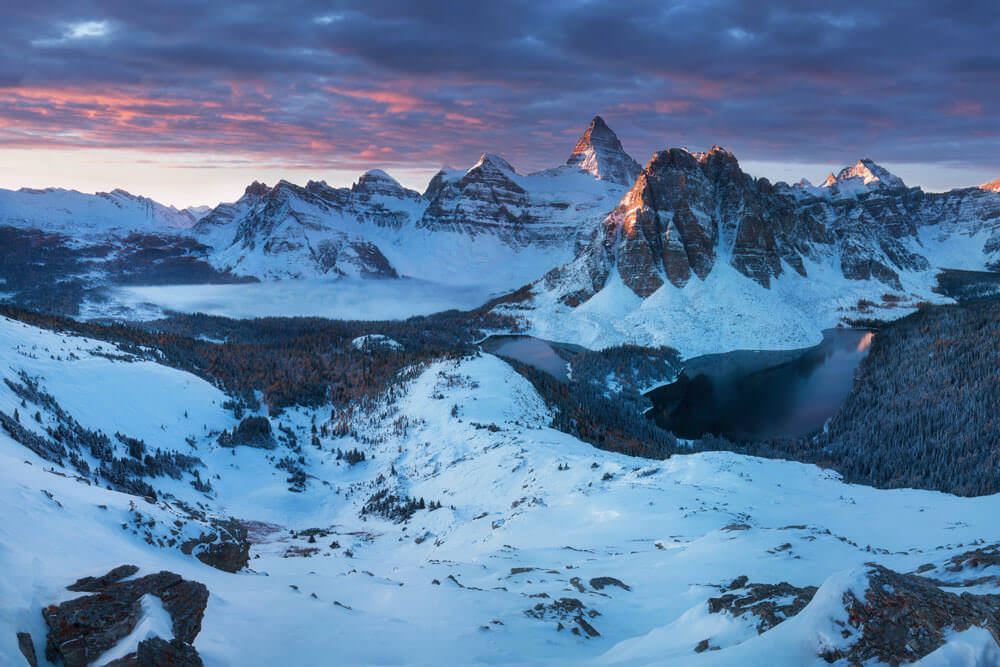 Foreign MNCs focusing on Research and Development (R&D) may find attractive investment opportunities from their Scientific Research and Experimental Development (SR&ED) tax incentive program which includes tax deductions and investment tax credits. Other high potential sectors include renewable energy, telecommunications, biotechnology, chemical industry, and tourism. Due to the general upward trend of ageing in the Canadian population, immigration is being encouraged and the Canadian government is considering the privatization within the healthcare sector is being considered.