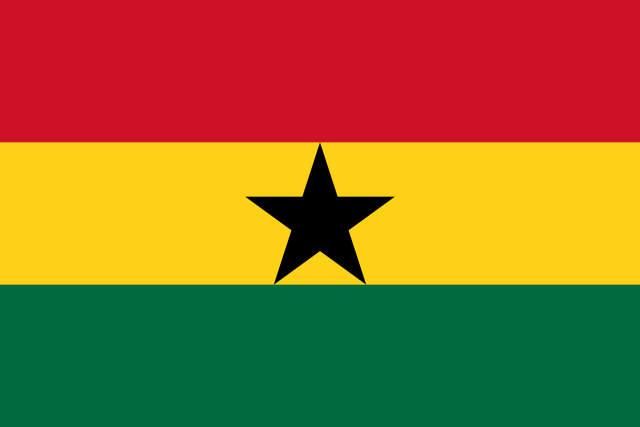 Despite its small population, Ghana has become one of the most successful West African countries. The country’s capital, Accra, is situated on the Gulf of Guinea. Ghana has a diverse landscape, fostering lush forests, diverse animal life and sandy beaches along the Gold Coast. Ghana has a rich history, with habitation possibly present since 10,000 BCE. The country gets its name from the great medieval trading empire located northwest of the modern-day state. Direct sea trade with Europe was established in the 15th century which had quite an impact on the area’s inhabitants, many of whom actively traded with the Portuguese, Dutch, British, and other Europeans. Forts and castles, many of which are still present today, were constructed by Europeans to protect their trade interests. 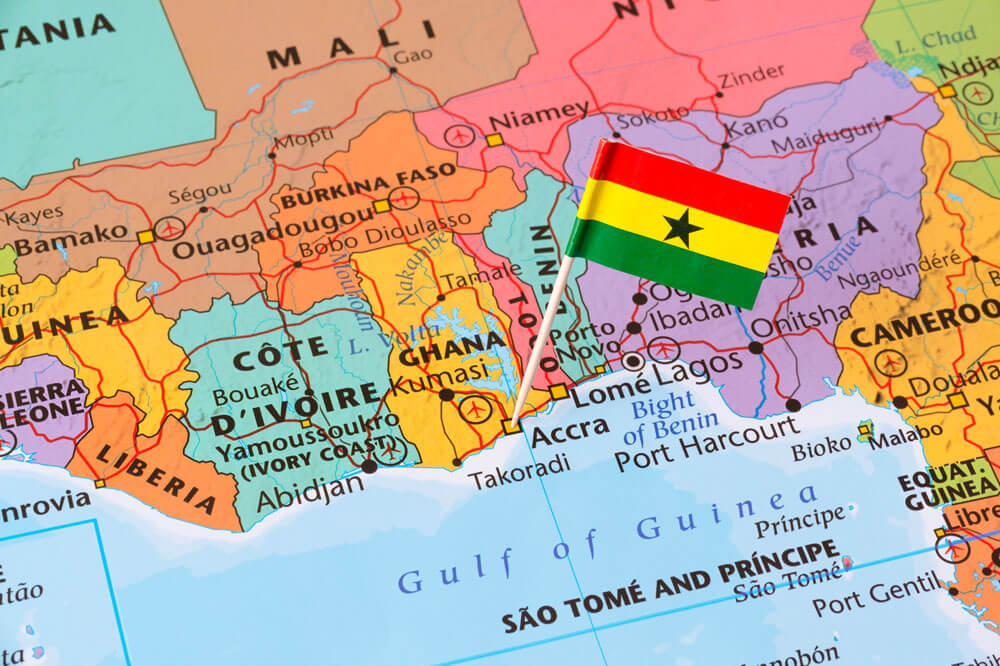 Ghana has a population of around 31  million people with approximately 57 percent under the age of 25. Ghana’s proportion of persons over 60 years is also among the highest in Sub-Saharan African, a testament to the significant improvements in life expectancy in recent years. The population is primarily concentrated in the southern half of the nation, mainly in or around the Atlantic coast, and the urban population stood at just under 60 percent in 2020.

English is the official language of Ghana, and the lingua franca languages are Akan, Ga, Ewe, Dagbani, Hausa. Ghana is home to six main ethnic groups, Akan being the most dominant, followed by Mole Dagbani, Ewe, Ga-Dange, and Gurma. However, the demographic is a lot more diverse, as there are 90 sub-groups of ethnicities present in the country. The population is predominantly Christian (71.3%) although there are several indigenous religions and a strong presence of practicing Muslims (19.9%).

Ghana was called the “Gold Coast” until March 1957, due to the sheer amount of gold that was discovered between the rivers of Ankobra and the Volta, the specific area was termed Mina, meaning “mine”, by the Portuguese in the 15th century. There was heavy presence of the Dutch, British and the Dane merchants along the coastline, but by late 19th century only the Dutch and the British traders remained.  The Dutch withdrew in 1874 after which Gold Coast became a British crown colony. During the 56 years that followed, the colonies of Gold Coast, Asante and protectorate of the Norther Territories melded, and after World War 1 the western part of Togoland was also added to the territory.

After World War 2, discontent amongst the population was mounting and the Watson Commission of Inquiry reported that the Burns constitution of 1946, which had granted Africans a majority in the legislative council, was outdated and needed revision. An all-African committee under Justice James Coussey was appointed to draft a new constitution in which some executive power would be transferred to African ministers responsible to an African assembly. During this time, Kwame Nkrumah who was a politician, had established the Convention People’s Party (CPP), campaigning and protesting for self-governance. In 1951 the CPP won almost all the elective seats in the legislative assembly, thus was selected to create, and lead a new administration. In 1956 a plebiscite was held by the United Nations for Togoland, whereby the territory decided to integrate with Gold Coast. Ultimately on 6th of March 1957, Gold Coast was renamed to “Ghana”, and gained independence, becoming a self-governing member of the Commonwealth and a member of the United Nations.

2017 In January, opposition candidate Nana Akufo-Addo defeats Mahama and is sworn in as President 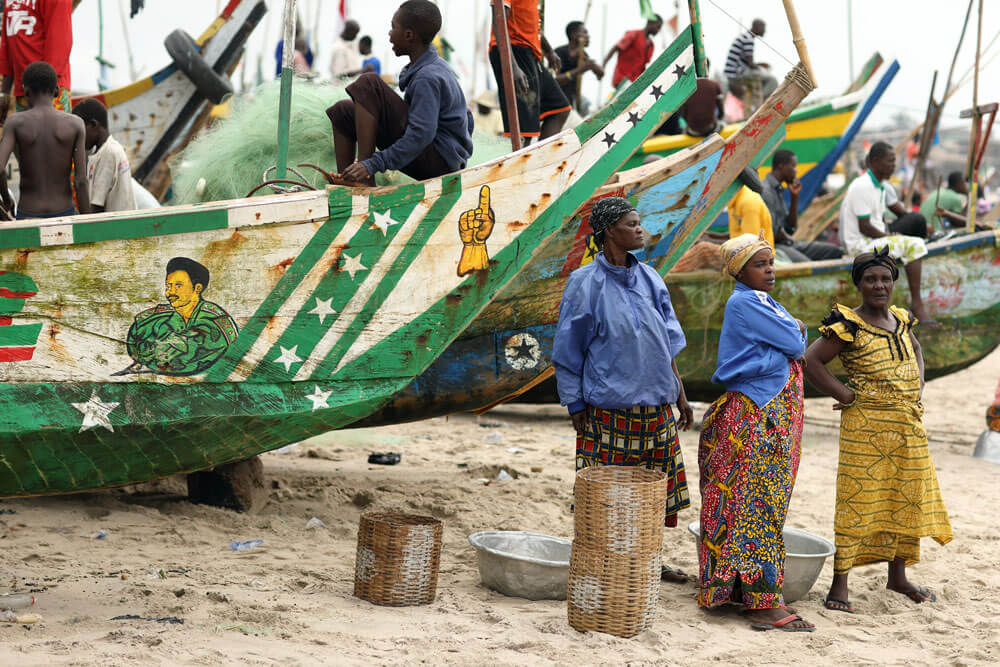 Ghana is a constitutional republic with a presidential system. The country is divided into 10 administrative regions, each having a regional minister that is appointed by the President. In the constitution it is necessary to have local government for decentralisation of power. There are three types of assemblies in the local government: metropolitan, municipal and district. Ghana has a unicameral parliament with 275 seats to serve a 4-year term.

Both English common law and Ghanaian customary law are recognised in Ghana. The judicial system comprises of inferior and superior courts, with a Supreme Court as the highest court of appeal. Traditional matters and matters relating to chieftaincy are dealt with in the regional and National House of Chiefs. Appeals from the National House of Chiefs can be heard in the Supreme Court.

From 2010-2019 Ghana recorded an average annual GDP growth rate of 6.77%, solidifying its status as one of Africa’s fastest growing economies in 2019. The services sector dominates in terms of contribution to GDP (44.1%), followed by industry (31.9%) and agriculture (17.3%). Agriculture remains a key part of Ghana’s economy, employing around one third of the labour force, and the Government has been implementing initiatives to boost the sector’s earnings through for example, diversification of offerings. Ghana’s climate and farming conditions allow for a variety of crops that can be consumed domestically and exported. Among these are cereals, shea nuts, coffee, and several other products. Furthermore, Lake Volta provides a hub for fishermen, which favours a wide range of fish. However, tuna is the main exported fish from Ghana, either fresh or canned.

Ghana is also aiming to diversify the economy through development of the transport and logistics sector, via projects such as the expansion of the Tema Port, the largest maritime hub in Ghana, and upgradation of the Takoradi Port.

Ghana is a signatory of the Global System of Trade Preferences among Developing Countries (GSTP) and the Economic Community of West African States (ECOWAS). 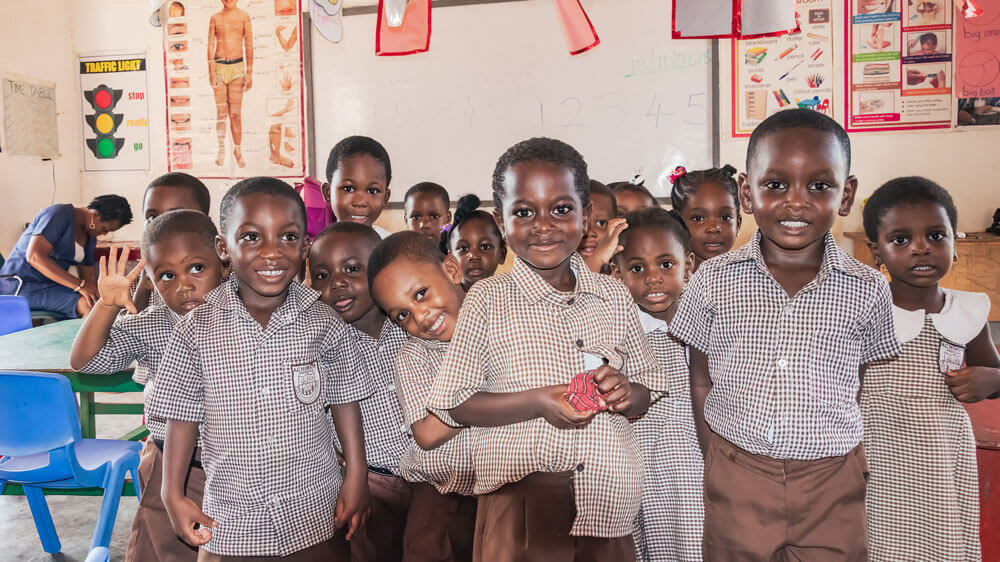 Ghana’s investment environment boosts several strengths including an established IP legal framework, having ratified international treaties with respect to copyright and passing its own national IP policy. In 2017, Ghana saw US$4.9 billion in foreign direct investment (FDI) and a total of US$6.2 billion in investment overall. FDI has been rising in recent years, with oil being a key driving force. Ghana is however looking to diversify FDI inflows, particularly into the mining and manufacturing sectors. The Government is also encouraging investment in infrastructure, with a particular emphasis on public-private partnerships.

Generally, all industries in Ghana encourage foreign investment, however there are restrictions on foreign investments in the oil and gas industry in the form of licensing and local participation requirements. Particularly sectors which are bright spots for investment include the agriculture sector, in which financial contribution to storage and transport facilities for produce would serve as a stable investment.

Meanwhile, demand for education is becoming more prevalent in Ghana after the economy seeing promising growth in the past few decades. The establishment of training facilities for graduate employment would stimulate an improvement across all industries. It would also help Ghana to improve its manufacturing sector, which already has a strong foundation thanks to Ghanaian industrialisation policies. Further education would have a similar positive effect on the financial services sector, as Accra is already home to many commercial and development financial institutions and foreign banks.