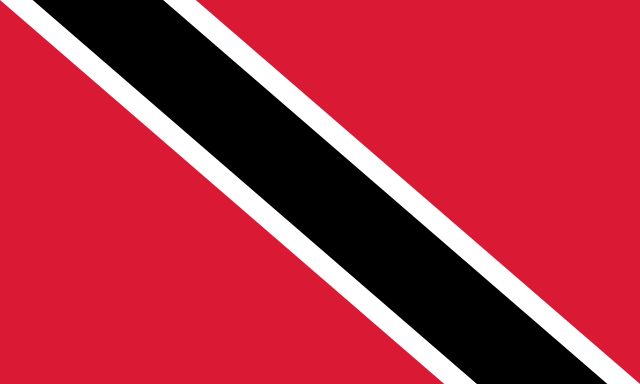 The Republic of Trinidad and Tobago is an archipelagic nation located in the Southernmost part of the Caribbean near the continent of South America, with Guyana in the southeast and Venezuela in the southeast as its proximate neighbouring countries. Even though the country is often referred to as containing “twin islands”, the country in fact consists of around 21 smaller islands apart from the two respective main islands of Trinidad and Tobago, which in total make up around 5128 kmsq of the country’s area. Of the two main islands, Trinidad is by far the larger one, being around 4800 kmsq in area. Among the country’s smaller islands, Little Tobago, or Bird of Paradise Island, is one of its more well-known isles, as it was once a sanctuary to birds of the same name. The capital of Trinidad and Tobago is the Port of Spain, located on the western coast of the island of Trinidad.

Physiographically, the islands are an extension of the shelf of Southern America, as Trinidad, at its most proximate, is separated from the mainland by a distance of just 11 kilometres. One of Trinidad’s most beautiful features is its Northern Range which is a continuation of the Andes Mountains and comprises beautiful waterfalls such as the famous 91-metre-high Blue Basin and Maracas Falls. Towards the south of the range are foothills descending into the Northern Plan and to the centre of the island of Trinidad is the Central Range in which Mount Tamana is nestled at an elevation of 308 metres. A third range in the south called the Southern Range consists of low lying hills in stark contrast to the otherwise rather flat topography of the island with the exception of the Northern and Central Range. The island of Tobago is a continuation of the Northern Range and its main distinctive feature is the Main Ridge which spans across the northeast towards the southwest, with its slopes descending down towards the coral plain which houses several coral reefs including the Buccoo Coral Reef. 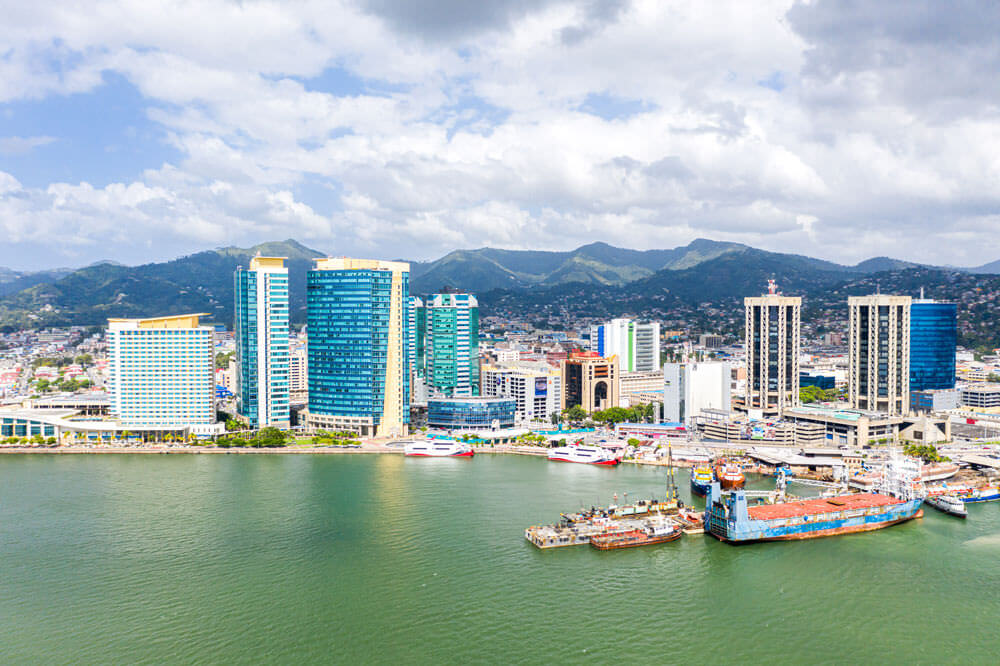 In July 2021, the population of Trinidad and Tobago was recorded to be 1,221,047. Of this population, 35.4% are East Indian, 34.2% are of African descent, 15.3% are mixed (not of African or East Indian heritage), 7.7% are mixed African/East Indian and the remaining are of smaller ethnic groups including those of Spanish heritage. English is the official language of the country however the lingua francae are Trinidadian and Tobagonian (Creole) English and sizeable groups also speak Caribbean Hindustani (a dialect of Hindi), Trinidadian Creole French, and Spanish. Almost one-third of the population, around 32.1%, are Protestant, 21.6% are Roman Catholic, 18.2% are Hindu, 5% are Muslims, and 1.5% are Jehovah’s Witnesses while the remaining population practice unspecified religions or none.

Trinidad and Tobago have an ageing population with 30% of the population below the age of 25. The birth rate recorded in 2021 was estimated to be -0.28%. According to the latest estimates, a little over half of the population (53.3%) live in urban areas with the major urban area of residence being the capital, Port of Spain, with a population of 545,000.

The Banwari Trace site, located in southwestern Trinidad, is the oldest known pre-Columbian site in the Caribbean and is estimated to be 7,000 years old. Along with 28 other such sites of human settlement, the evidence shows that the Archaic people of the pre-ceramic era that migrated from South America inhabited the islands of Trinidad and Tobago since 4000 BCE. In 200 BCE, the ceramic using Barrancoid people settled into the islands and were followed by the Arauquinoid in 650 CE. Evidence of Mayoid culture indicates the arrival of the Arawak people from the Orinoco River delta region in South America, who migrated to and settled on the island of Trinidad in approximately 1300 CE. The Arawak people, along with some Carib speaking nomads and small tribes, were present during the arrival of the first European presence in the territory.

In 1498 Christopher Columbus reached the island of Trinidad during his third voyage and he named the island after the “Holy Trinity” which is where the name “Trinidad” originates from. After his expedition, foreign travellers did not venture into the islands until a century later when the Spanish arrived in 1592 and established their settlement near the area that is now the Port of Spain, and named their village San Jose de Oruma, which is now called Saint Joseph. The village area was considered the capital of the territories until 1784. During the 17th and 18th centuries, Trinidad was used for the cultivation of cacao and tobacco; however, in the 1720s the cacao crops failed due to which the industry for it declined and the island did not develop significantly during this period. From 1776 onwards, the Spanish government brought in Roman Catholic priests and officials to the island of Trinidad from the nearby Caribbean islands. The immigration of these priests was considerably accelerated in 1783 following a cedula (decree) due to the generous land and tax incentives offered to them. This led to a complete shift in the Trinidadian population and society; soon after their arrival sugar and cotton plantations were established that rekindled economic development and made the island a plantation economy.

European settlement on the island was intermittent and not permanently established until the 18th century when the territory was ceded to Britain in 1763. In the same year, sugar plantations were established and remained till 1814. During this time, it is said that Tobago was fought over by the Amerindians, Spanish, French, British and Latvians and swapped hands between these rivals over 30 times. This is due to the rich sugar and indigo plantations as well as Tobago’s strategic location although after peaking in the 1790s, the sugar plantations began to decline in 1807.

Trinidad was formally ceded to Britain in 1802 under the Treaty of Amiens and Tonga was ceded to Britain in 1814 upon the defeat of Napoleon during his invasion of England. Trinidad continued to progress as a growing sugar plantation economy and starting from 1839, with the abolishment of slavery, workers were brought in from other Caribbean colonies, the Indian subcontinent, Syria, Venezuela, Lebanon and Africa which gave rise to the most heterogeneous society in the Caribbean at the time.

1781 The French capture Tobago from the Spanish, transforming it into a sugar-producing colony

1802 Spain cedes Trinidad to Britain under the Treaty of Amiens

1889 Administration of Trinidad and Tobago combined as a single British colony.

Trinidad and Tobago is led by a president who is the head of state, and a prime minister, who is the head of government. The country has a bicameral legislature which consists of a Senate and a House of Representatives elected by adult universal suffrage. Tobago has its own internal government which is granted self-governance as long as it does not conflict with the unitary state as a whole.

The country follows a common law legal system, and appeals may be heard in the country’s Supreme Court or sometimes in the Privy Council of the United Kingdom.

Trinidad and Tobago has amongst the highest GNI per capita in the Caribbean and Latin America (US$15,410 as of 2020) ranking it as the 3rd richest in the Caribbean region. It is a high-income country with large reserves of oil and natural gas due to which energy production and related downstream industrial products, the latter of which include the largest natural gas liquefying facility in the Western Hemisphere, contribute 40% of its GDP and comprise approximately 80% of exports. Although this sector is the backbone of the country’s economy, it only employs 5% of the labour force. The nation also has plentiful reserves of asphalt, coal, gypsum, limestone, sand and gravel, and iron ore which gives rise to a robust mining sector. Trinidad and Tobago is the second-largest manufacturer of ammonia in the world and is also a leading producer of methanol. The mining and manufacturing sectors collectively employ 12% of the population and 25% of the GDP. Trinidad and Tobago has a good investment climate with minimal barriers due and has attracted a lot of foreign investment mainly in its energy sector. The country is also a premier financial centre location and its services sector employs 70% of its labour force.

Trinidad and Tobago has a small agricultural sector that contributes 0.5% of GDO and employs 4% of the population. The country has one of the lowest debt rates in the region and possesses robust foreign reserves and sovereign wealth funds. 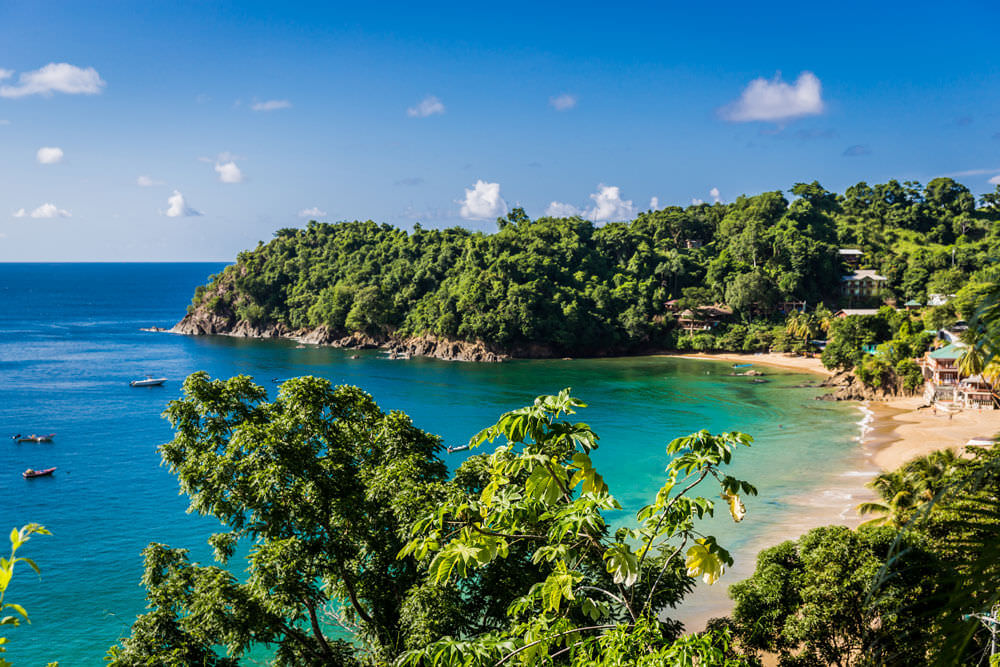 Trinidad and Tobago is a signatory of the CARICOM, CARIFORUM and the Global System of Trade Preferences among Developing Countries (GSTP).

Trinidad and Tobago is an ideal location for foreign investment for a plethora of reasons. Within the Caribbean region, Trinidad and Tobago is has been dubbed the ‘happiest country’ and has a very stable democratic government. It is also the top nation in terms of the cost of starting a business (in terms of %GNI per capita), ranks third in the region for ease of doing business, and has the cheapest utility costs (electricity, water, broadband services). It has an English speaking skilled workforce with competitive labour costs and its geographical location places it in proximity to North as well as South American markets. The nation has signed many bilateral investment treaties and regional and preferential trade agreements, including with several Commonwealth fellow nations India, Canada, and the UK. It is also ideal geographically as is located below the hurricane belt making it comparatively safer in its infrastructure.

Due to the nation’s heavy reliance on its energy resources, the government has prioritised the diversification of the economy to insulate the nation from shocks and plummeting oil and gas prices.