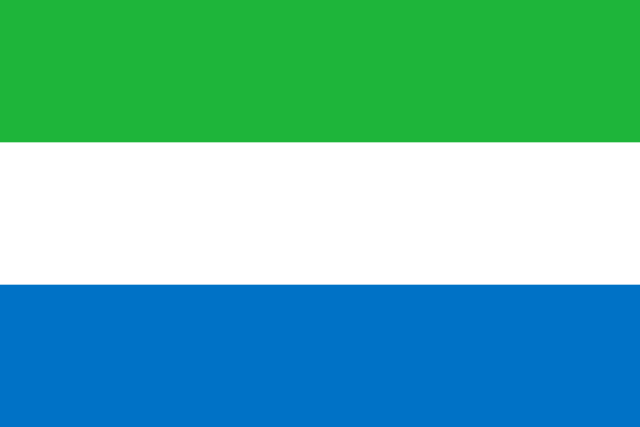 Legal system: A system of Common Law based on the British system and local customary law

Sierra Leone, with a total land area of 71,740 kmsq, is a western African country bordered by Guinea to the north and east, Liberia to the south and the Atlantic Ocean to the southwest. The beautiful tropical country is divided into four sections based on diverse topography; the coastal swamp extending along the Atlantic Ocean, the interior plains, interior plateau and mountain ranges, and the Sierra Leone Peninsula. Due to the marvellous structure of the mountain ranges surrounding the harbour, the country was initially dubbed “Serra Lyoa” meaning “Lions Mountains”. The capital of Freetown is famous for being the world’s largest natural harbour. 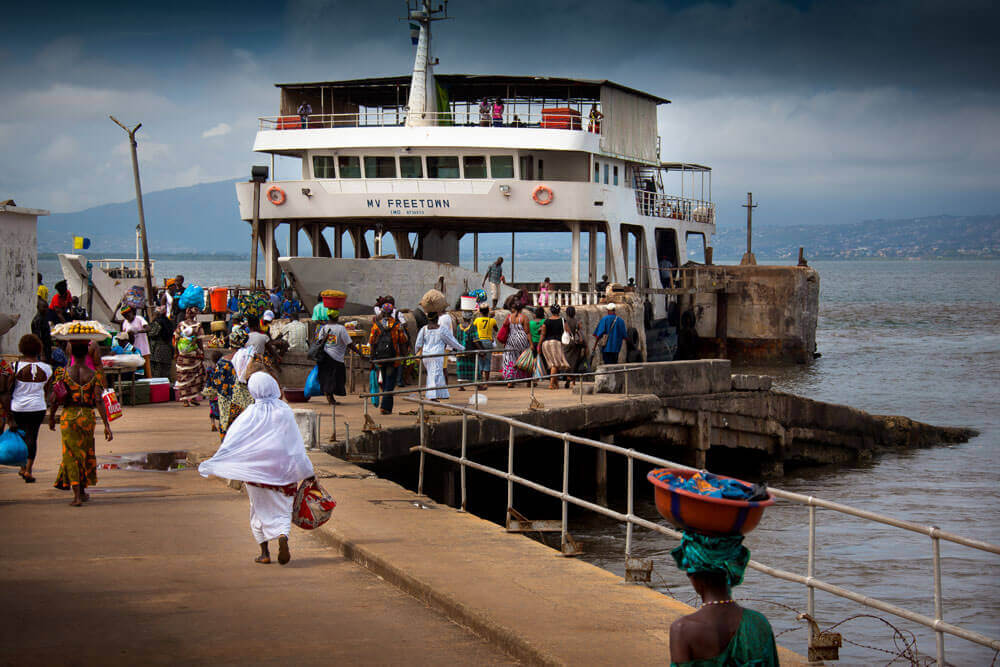 In July 2021, Sierra Leone was recorded to have a population of 6,807,277, ranking it as 108th in the world in terms of population size. Ethnicity wise, according to 2019 estimates, Seychelles’ population is 35.4% Temne, 30.8% Mende, 8.8% Limba, 4.3% Kono, 4.0% Korankoh, 3.8% Fullah, 2.8% Manidgo, 2.0% Loko, 1.9% Sherbro, 1.2% creole (Krio), and 5% belong to other various ethnicities. Although English is the official language of the state, it is used by a limited percentage of the population, mainly those in official positions in governance, business, or service. Mende is the principal language of the southern regions and Temne is considered the lingua franca of the northern regions. Krio, which is an English-based Creole language, is understood by 95% of the country’s population and is the mother-tongue of 10% of the population. Interestingly, due to the Bangladeshi UN peacekeeping forces and efforts during the Civil War of 2002, Bengali was made an honorary official language in December that year.

Based on archaeological evidence, Sierra Leone is said to have been inhabited for millenniums with language patterns suggesting that the Sherbro, Temne and Limba people had been amongst the earliest and most consistent settlers in the land. The inland Mande-speaking people, including the Vai, Loko and Mande, would also occasionally immigrate but were not continuous inhabitants. These groups administered themselves through independent chiefdoms, with the rulers/chiefs being answerable to councils of elders. The Poro and Sande secret societies (male and female respectively) also had a degree of political influence as they would enforce Mande law and educate the groups’ youth on sex education, customs, agriculture and military training.

In the 15th century, Portuguese voyagers reached the area of current-day Freetown where their-and other European travellers’- ships would come and go frequently to trade with the local population and were protected by the chiefs who were keen to trade with them for their manufactured goods. By the 18th century, Muslim traders frequented the territory more and brought with them the teachings of Islam which quickly and peacefully spread across the entire population of the northern region. Simultaneously, the Creole settlement in Freetown was largely Christian and the Church Missionary Society founded several institutions such as the Fourah Bay College as well as multiple secondary schools.

By the time of the 19th century, the British coastal settlement began to expand due to the increasing appetite of Britain’s market for timber (for shipbuilding), vegetable oils, and palm and peanut (unprocessed) commodities and the increasing trade with the local population. The British government maintained treaties of friendship with the neighbouring chiefs to increase their jurisdiction over the expanding coastal settlement and established the area as their protectorate by 1896. However, when the imposition of a hut tax to raise revenue for the maintenance of the protectorate without consultation with the chiefs led to revolts in 1898 which were suppressed by the end of the year. Henceforth, British governance tightened and the Creoles in senior official roles in the governance were gradually removed.

Amidst the rising discontent against colonial rule in West Africa following World War II, demand for self-governance in Sierra Leone increased significantly leading to a hasty setup of democratic institutions and increased representation in the Legislative Council. In 1951, pro-protectorate politician Sir Milton Margai (previously worked in the government medical service as a physician) founded the Sierra Leone People’s Party (SLPP) which gained support from both the protectorate and the local chiefs whom he vowed to protect from populist demands in exchange. Under the new constitution in 1951, the SLPP won majority votes for the Legislative Council elections and Sir Milton subsequently became the majority leader of the Legislative Council and later in 1953, he was made chief minister as well as minister of agriculture, health, and forests. During the 1950s, parliamentary governance mechanisms were introduced in phases gradually increasing the self-governance of the local population. These phases ultimately led to the independence of Sierra Leone on 27 April 1961 as an independent state within the Commonwealth, with Sir Milton as the country’s first prime minister.

When Sir Milton passed away in 1964, he was succeeded by his brother, Sir Albert Margai and in 1967 prime ministership was passed on to Siaka Stevens of the All-People’s Congress after their victory in the 1967 elections. After 4 years, Sierra Leone was declared a republic and Stevens was reinstated into office, this time as the executive president. He retired in 1985 and passed on the administration of the state to the head of the army, Joseph Saidu Momoh. The elections of 2002 were the first election held after the civil war that began in 1991 with  Ahmad Tejan Kabbah of the SLPP winning majority votes and being instated as the president.

2002 Kabbah wins the May elections; his party, the Sierra Leone People’s Party, secures a majority in parliament 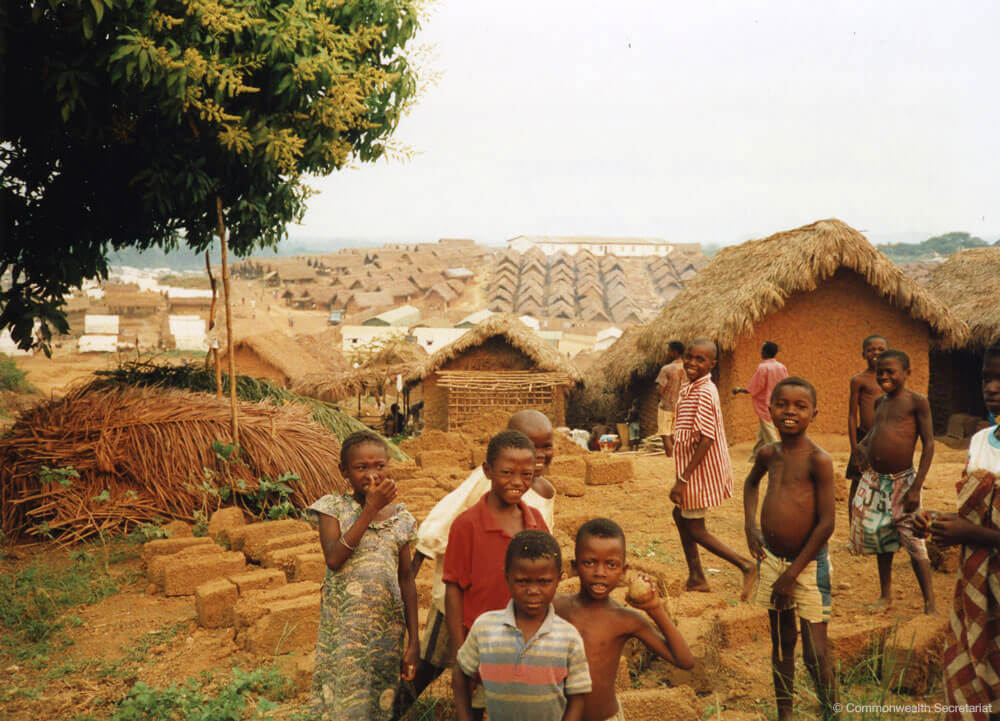 Sierra Leone is a constitutional republic based on the presidential system whereby the president is both head of government and the state as well as the commander-in-chief of the Armed Forces. The president is elected for a term of 5 years, by an absolute majority through a two-round voting system. The President appoints a cabinet with the approval of the legislature which is the House of Representatives. The Legislative Branch consists of a unicameral Parliament which is also elected through elections every 5 years.

The Judiciary of Sierra Leone is headed by the Chief Justice and consists of local courts that undertake matters of indigenous laws and customs, magistrates’ courts that implement civil and family laws, the High Court of appellate jurisdiction, the Court of Appeal, and lastly, at the highest level, the Supreme Court which consists of 5 judges (with provisions for 7).

The agriculture sector is the main contributor in the country, employing two-thirds of the labour force and contributing more than 60% to GDP. In Sierra Leone, shifting agriculture is the predominant farming technique employed. Rice is the most significant staple crop for domestic consumption and partly also for exports, with 85% of farmers growing the crop during rainy seasons and an annual intake of 76 kilograms per person. Due to the erosive nature of mainstream upland rice farming the state is making an effort to substitute it with swampland farming which produces higher yields and has a less environmental impact. Other important crops include millet, peanuts, sweet potatoes and cassava; cash crops include cocoa, coffee, piassava, ginger and palm kerns though these are grown mainly by small-scale farmers. Fish, another commonly consumed food in Sierra Leone, mostly originate from the country’s rich fishing grounds, where a large variety of fish can be found, including Bonga, butterfish, lobster and sole. The fisheries sector of Sierra Leone make up more than 10% of its GDP and provides employment to around 600,000 persons in total.

Apart from its agricultural industry, Sierra Leone has relied on mining, particularly diamonds, chromite and rutile, for its economic foundation. The country is one of the top 10 diamond and rutile producing countries in the world due to its abundance of mineral resources. Mineral exports continue to be the main source of revenue, while mining as a whole contributes more than 20% of the country’s GDP. Moreover, Sierra Leone is a consistently prominent gem-quality diamond producer, producing over 600,000 carats of gem-quality diamonds in 2019.

In 2020, Sierra Leone’s GDP was recorded at US$3.87 billion, with an annual growth rate of 5.3% recorded in 2019. Based on the latest mirror data available, Sierra Leone’s top exports in 2020 included ores, slag and ash (45.5%), wood and articles thereof (21.5%), cocoa and cocoa preparations (9.0%) and natural or cultured pearls, precious and semi-precious stones, precious metals, artificial jewellery and articles thereof (7.3%). Main export destinations included Belgium, China, Romania, Germany and the Netherlands.

Sierra Leone is a member of the African Continental Free Trade Area (AfCFTA), the Economic Community of West African States (ECOWAS), the Mano River Union (MRU). The country also has a preferential with the United States African Growth and Opportunity Act (AGOA) and the European Union’s Everything But Arms initiative.

Recently, the Sierra Leonese government has shifted focus onto expanding the capacity of their Ministry of Trade and Industry and the Sierra Leone Invetsment and Export Promotion Agency to enhance proactive investment and export opportunities an reduce interest rates for the promotion of SMEs, the private sector, agriculture and public services. Furthermore, the state’s Medium Term National Development Plan (2019-2023) emphasises improving the lives of the society through education, inclusive growth and resilience of the economy. As such, sustainability in agriculture, infrastructure, fishing and manufacturing, tourism, green and renewable energy and natural resources present the most lucrative opportunities for investment.

In the tourism sector, investors are to pay 15% corporate tax for the initial 5 yeras of a new investment as opposed to the 30% charged on most corporations. Tourim enterprises are to be exempted from import duties on new construction, extension, or renovation, building materials, machinery, and equipment that is not readily available in the country. For foreign investors, the state of Sierra Leone offers accelerated depreciation of 40 percent for plants and equipment the first year and 10–15 percent for most other items. It also offers a loss carry-forward of 50 percent of the previous tax year’s taxable income. For the mining sector, investors get a 100% deduction for exploration and prospecting and 40% deduction for the production costs of the first year. For the manufacturing of rice and timbre, investors can enjoy a 10-year corporate tax holiday.