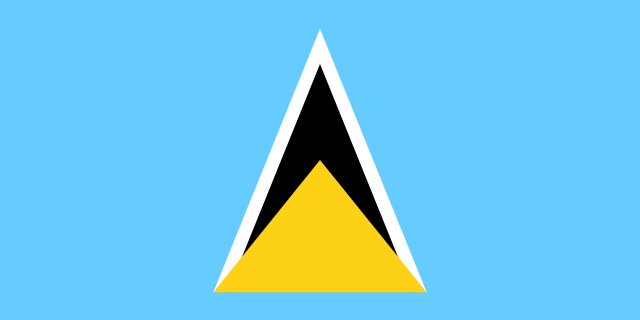 Legal system: A mix of civil and English common law

Saint Lucia is an island state located within the Caribbean Sea and is the second largest of the Windward group of West Indian islands in the Lesser Antilles. It is positioned 30 km northeast of fellow Commonwealth member state St Vincent and The Grenadines and 147 km west of Barbados. The most populous city of Castries located in the northwest is the capital of the territory. St Lucia is a distinguishingly rugged volcanic island with a bisection between the north and south by a central ridge of mountains that contain the island’s highest peak, Mount Gimie, at 3,145 feet. Numerous streams of water flow forth from these mountains down to luscious valleys and rainforests with waterfalls. In the southwest area of the country are the famous twin mountain peaks of the Gros and Petit Pitons which became World Heritage Sites in 2004. 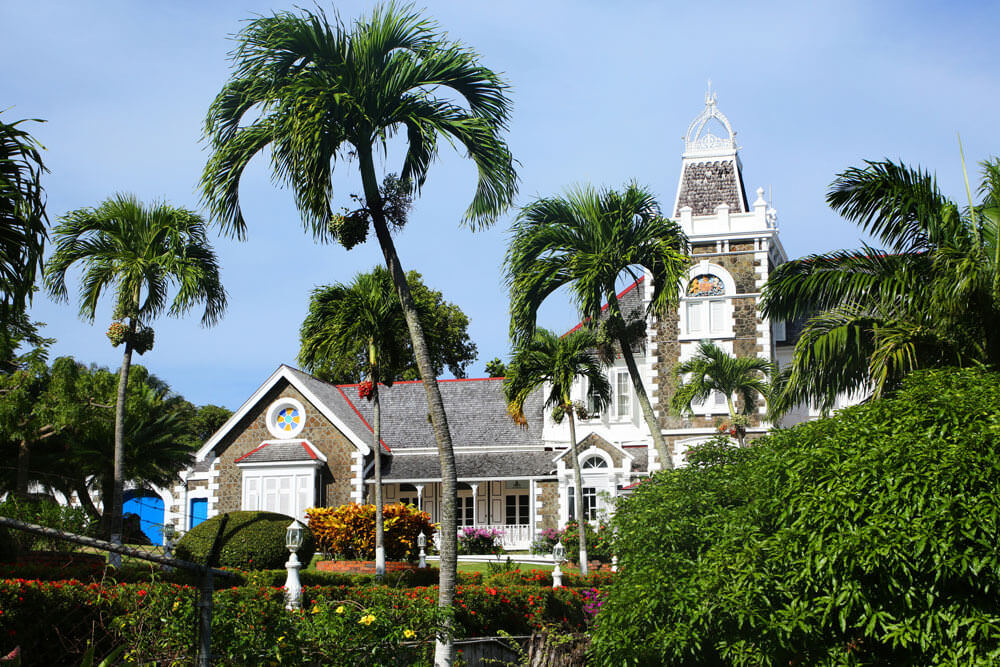 Saint Lucia’s official language is English which is spoken widely though the lingua franca of the country is French patois. The country has a small but ageing population with 33% under the age of 25 and a population growth rate of 0.3%. About one-fifth of citizens reside in urban areas and the majority of the residents are located along with the outer coastal areas and near the northern outskirts of the capital.

Saint Lucia was initially known as  “Louanalao” meaning the “Island of Iguanas” by the Arawak people who inhabited the island in 200 AD. It was then renamed “Hewanorra”, which also meant the land of Iguanas, by Carib Indians who arrived in 800 AD and integrated their South American culture into the island. The Carib Indians remained on the island since and their descendants reside on Saint Lucia today.

The French seamen who were shipwrecked on the island in 1502 gave it the name “Saint Alousie” and later on Spanish explorers in 1511 dubbed it “Sancta Lucia”; both these terms eventually translated to the country’s name today. The English attempted settlement first in 1605 and then again at 1638 but were refused by the Caribs, whilst the French successfully bought land and settled in 1651. The peace did not last and fighting broke out between the French who came from Martinique and the Caribs; eventually, a peace treaty between them was signed in 1660. Thomas Warner, son of the British governor of St Kitts, briefly usurped the French hold on the land in 1664 but was quickly repelled. The French regained control in 1667 under the Treaty of Breda and in 1674, Saint Lucia became a French crown dependency of Martinique. Over the next 150 years, Britain and France battled over possession of the island; during this time the territory was declared neutral in 1718 but then the French resumed possession in 1743 which led to fighting once more, until the Treaty of Aix-la-Chapelle whereby it was declared neutral for the second time. This too was short-lived as British Admiral George Rodney invaded it again in 1762. Saint Lucia changed hands fourteen times between the two European powers hence earning the name “Helen of the West Indies” based on the story of Helen of Troy. Ultimately in 1814, Saint Lucia was ceded to British control under the Treaty of Paris and was subsequently deemed a crown colony. During the years 1838-85 it was administered as a part of the Windward islands group under the administration of the governor of Barbados.

The movement for self-governance began in 1924 when a new constitution was drafted whereby elections were introduced in the legislative council, and another constitution drafted in 1936 called for an unofficial majority in the council. Its crown colony status notwithstanding, Saint Lucia was incorporated into the West Indies Federation eventually becoming an autonomous unit in the federation when the governor of the Windward Islands stepped down and the position was scrapped. This adjustment began the journey towards self-governance for Saint Lucia; the West Indies Federation was disbanded in May 1962 and under the West Indies Act promulgated 5 years later Saint Lucia was made an association of the United Kingdom. By 1979, Saint Lucia had gained full autonomy of its affairs and on 22nd February of that year it officially became an independent country under the Commonwealth. The first elections of the independent country saw the victory of the left-wing Saint Lucia Labour Party (SLP) over the United Workers’ Party (UWP). The SLP government partook in the non-alignment movement, establishing relations with Cuba, and were one of the countries involved in creating the Organisation of the Eastern Caribbean States in 1981. Failure of the mixed economy policies and in-fighting within the ruling party led to the victory of the UWP in the elections in 1982 that vowed to increase foreign investment and decentralisation of governance. The SLP regained office in the 1997 election but lost to the UWP in the 2006 elections until they were defeated by Kenny Anthony of the SLP in 2011. The SLP is still in power today under the new leader Philip J. Pierre, who assumed Prime Ministership in 2021.

1814  France cedes St Lucia to Britain under the Treaty of Paris; Britain proclaims the island a crown colony

1987 The UWP wins a narrow victory in the general election

1992 The UWP wins another term 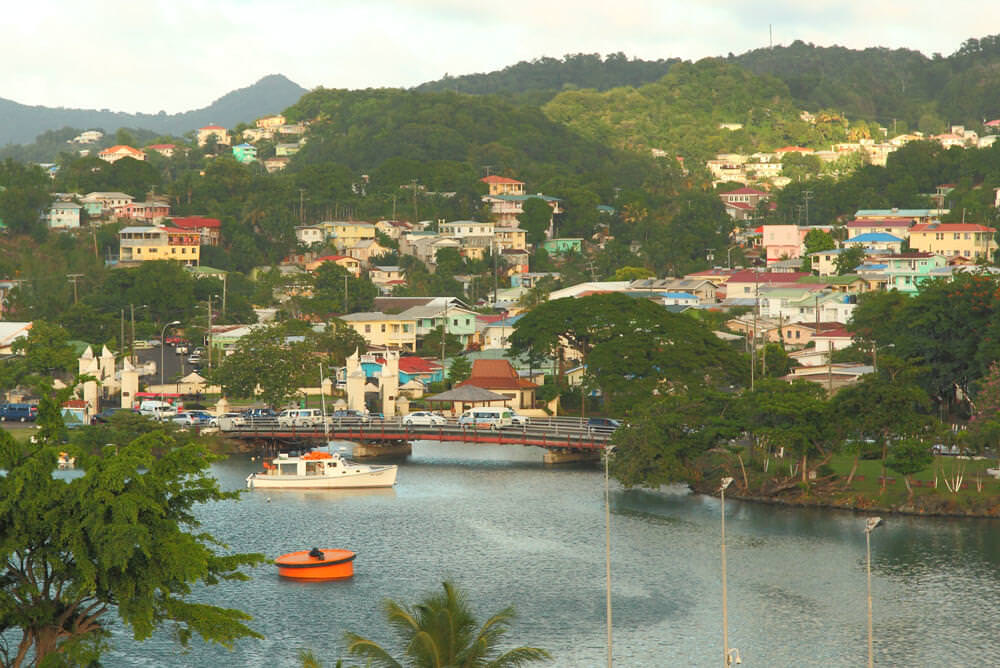 Saint Lucia is a parliamentary democracy based on the Westminster model with a bicameral Parliament consisting of the 17-member-House of Assembly and the 11-member-Senate. Queen Elizabeth II is the head of state and is represented by the Governor-General who is appointed by the Queen as her representative. The Governor-General exercises ceremonial functional although under the constitution he reserves some powers including appointing a Prime Minister who must have the support of the majority of the Representatives. The Prime Minister is the Head of Government and advises the Governor-General on the selection of the Cabinet. The Cabinet is assigned the duty to advise the Governor-General are country affairs and policies. In the bicameral legislature, Senate members are appointed; 6 by the Prime Minister, 3 by the opposition, and 2 from consultations with religious and social groups. The House of Representatives members are elected by plurality vote in single-member constituencies.

St Lucia’s judiciary follows the English common law system, however some describe the country’s system as a hybrid due to the influence from French civil law and the Napoleonic Code. The island hosts the Eastern Caribbean Supreme Court, which is the final national court of appeal for its nine member states. The court has two divisions: The High Court of Justice and the Court of Appeal. St Lucia may also refer cases to the Caribbean Court of Justice, which serves 14 Caribbean states, and also to the Judicial committee of the Privy Council of the United Kingdom.

St Lucia is an upper middle economy and is said to have the most diverse manufacturing sector in the Eastern Caribbean region. Manufacturing accounted for 3.84% of the GDP in 2020 mainly through the manufacturing of beverages, electronic components, clothing and cardboard boxes. Industry overall, including manufacturing, constitutes 11.1% of the nation’s GDP according to latest estimates. Agriculture constitutes 2.24% of the GDP and main exports include avocados, bananas and mangoes are popular for export, though recently the export of bananas has been facing competition from other markets in the region.

Services comprise 73.11% of the country’s GDP of which the tourism industry serves as the backbone of the country’s economy, accounting for 65% of St Lucia’s GDP with other notable services including offshore financial services.

St Lucia is a member of the Organisation of Eastern Caribbean States (OECS), Caribbean Community (CARICOM) and the EU-CARIFORUM Economic Partnership Agreement (EPA).

Saint Lucia is an excellent country for foreign investment; it is an upper middle economy with an ideal geographical position proximate to the nearshore markets of North and South America and an 8-hour flight distance to Europe, an educated and high-skilled labour force due to its above-average literacy rate, a stable currency tied to the US Dollar (US$1= EC$2.7) and a robust track record of successful investment projects and incentives for interested foreign investors.

As of 2022, the three main sectors where the Saint Lucian government is looking for investments are in the tourism, manufacturing, and global business process outsourcing sectors; investors may invest directly into the sectors by setting up their companies in shell factories and industries located in Saint Lucia. Due to its commitment to the UN SDGs, the government of Saint Lucia is putting particular focus and encouragement on foreign direct investment into ecological tourism, eco-hospitality and sustainable manufacturing and agro-processing. Under the Citizenship Investment Programme, foreign investors can attain St Lucian citizenship via five investment programs. First is the Government Bond investment through a minimum investment of US$500,00; the National Economic Fund investment through a minimum investment of US$100,000; by buying real estate at a minimum of US$300,000; an Enterprise Investment of a minimum US$3,500,000 payment. The fifth is a limited time COVID-19 Bond Relief offer, valid till 31 December 2022, whereby foreign investors may invest in a non-interestbearing government bond worth US$250,000.

St Lucia offers many incentives for foreign investors. For manufacturing, agriculture, and selected investments and industries vital for the economic diversification and expansion of St Lucia the government offers foreign investors duty-free importation of raw materials, machines and components as well as up to 100% income tax waivers, whole/partial waivers of property tax, export allowances for merchandise manufactured within St Lucia, and guaranteed repatriation of capital and dividends.