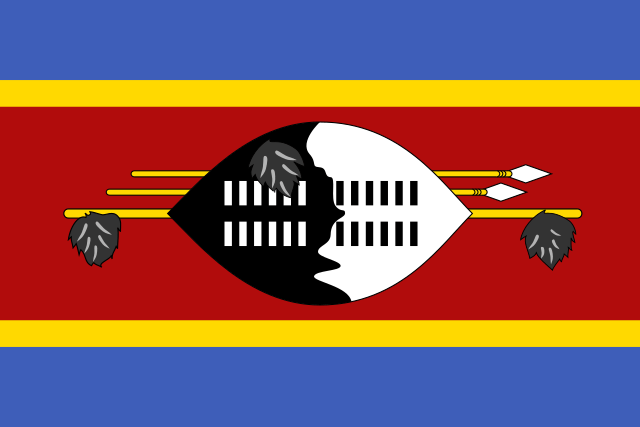 Legal system: Common law which is based on Roman Dutch law and customary law that is based on Swazi law

The Kingdom of Eswatini, previously known as “Swaziland”, is a landlocked country surrounded by South Africa and Mozambique. It is also one of the smallest countries in Africa, covering only around 17,000 square kilometers in area. Despite being so, the country has surprisingly diverse topography and climate, ranging from mountains and valleys to lowlands and plateaus, which in turn contribute to its wealth and variety of natural vegetation and wildlife. For instance, over 3500 indigenous species of plants can be found in the country, notably with around 25 species native to Eswatini. The country has also carved out 17 protected areas which form the habitat of many representative animal species such as antelope, hippopotamus and rhinoceros. This has made the country a paradise for safari experiences and observation of nature. Eswatini is an active member within the Commonwealth. The country first joined the Commonwealth Games in 1970 and has attended all thirteen Games since. Even as a small country, it has won four medals over the years, with three in boxing and one in athletics. 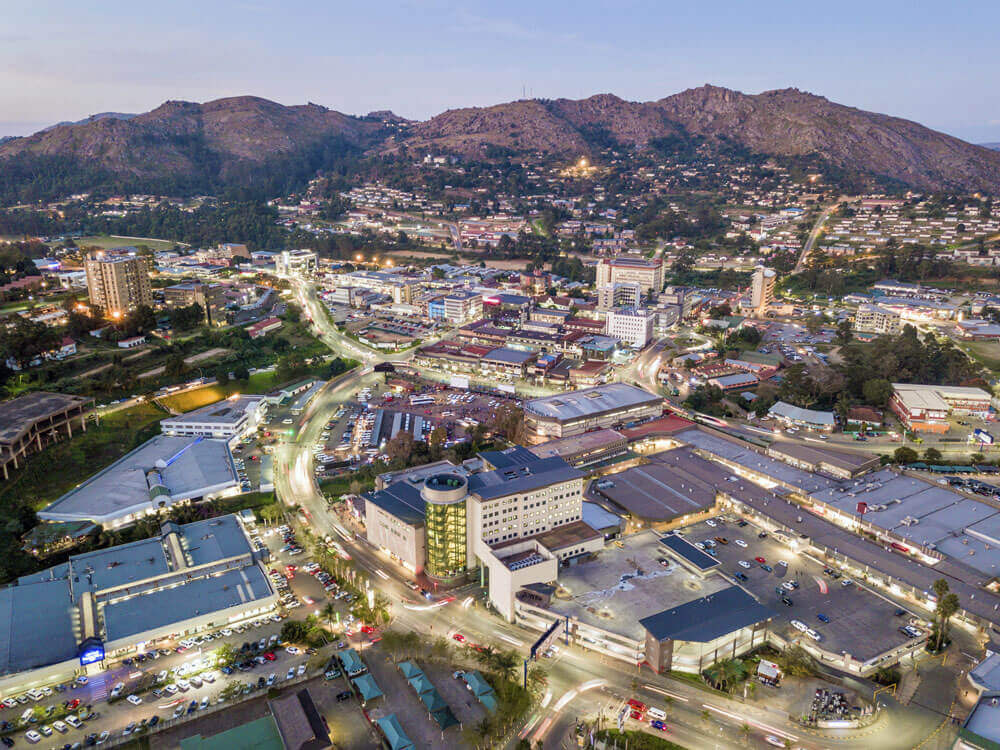 Among the 1.17 million citizens (as of July 2021) in Eswatini, more than 80% are Swazis, while the remaining population mainly consists of immigrants from Mozambique and South Africa. In fact, modern Swazis are made up by the integration of more than 70 clans in the 19th century, when the Dlamini clan successfully assimilated the major clans within the country. 30% of the population lives in urban areas, and approximately half of the population is below the age of 25.

The official languages spoken throughout the nation are Siswati and English, where the latter language is often chosen for conducting government business and the press. Unofficial but prominent languages within Eswatini include Zulu, which is a similar language to Siswati, and Tsonga, a language spoken by many people throughout nearby regions.

The ancestors of the Eswatini people, known as the Swazi people, descended from the Southern Bantu who migrated from Central Africa in the 16th century together with other clans like the Xhosas and Zulus. The main Swazi clan, the Nkosi Dlamini, separated from the group and ventured southward and settled into the Pongolo river region, along with the clans of Nguni and Sotho under Chief Ngwane. By 1750 they had expanded into the Hluti region in the south under King Ngwane III. And by about 1820 under a new king, Sobhuza I (a.k.a “The Wonder”), they had moved northward and established a haven in central Eswatini. There the power of the Dlamini was consolidated under the king and his son, Mswati II. Until 1860 the people of Mswati II continued to expand beyond the territory of current day Eswatini until the passing of kingship to Mbandezi and the arrival of European settlers and Boer republicans. The Swazi people tried to retain control by maintaining a charter whereby the kingship had the right of a royal veto. However, in June 1903, after South Africa came under British rule, the Foreign Jurisdiction Act was passed under which Swaziland became a British protectorate and the governor of Transvaal (province in South Africa) was empowered to administer the territory. In 1906 governance was transferred to a high commissioner.

The position of king, back then King Sobhuza II, was changed to ‘paramount chief’ (locally knows as ngwenyama) after the transfer of power in 1906 under which he oversaw “native administration”. Eventually in 1941, the paramount chief was elevated to the title of “national authority”, followed by limited self-governance in 1963, and eventually the restoration of kingship in 1967 and full independence on September 6th, 1968. 5 years after independence in April 1973 Sobhuza II repealed the constitution laid by the British and restored the traditional monarchic rule of law, save for the cabinet system and instating a prime minister, to be chosen by himself. The people enjoyed political stability under his rule until his death on 21st of August 1982. After him, Prince Makhosetive became King Mswati III in 1986. In order to placate dissatisfaction over governance, he appointed a committee for the drafting of a new constitution in 2001, which was released to the public for feedback in May 2003. He signed a revised version in 2005 which was implemented a year later. In April 2018, the name of the Kingdom of Swaziland was officially changed to Kingdom of Eswatini.

1894 Britain and the Boer Republic of Transvaal jointly rule Swaziland.

1968 Swaziland is granted formal independence, within the Commonwealth, and adopts a new constitution based on British system.

2018 King Mswati announces that the country is to change its name to eSwatini in April. 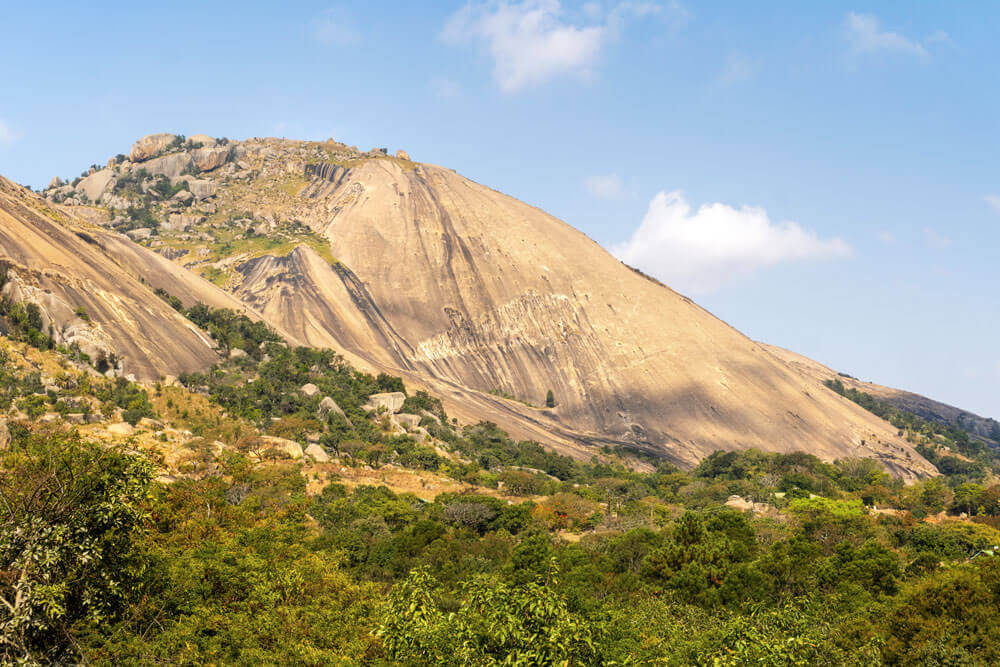 Eswatini is currently the only absolute monarchy in Africa, with executive authority being vested in the king and a prime minister being appointed as head of government. While the constitution entrenches the separation of three powers (legislature, executive and judiciary) within the Eswatini government, the monarch retains veto powers over all three branches and appoints the cabinet, prime minister and part of the parliament.

Eswatini’s judicial system is a dual one, with constitutional courts which exercise a South African common law based on Roman-Dutch law, and traditional Swazi national courts which are based on Swazi customary laws.  For disputes arising from business operations within Eswatini, governing laws may adhere to international standards. Such laws may include international conventions subscribed to by the country, including the World Intellectual Property Organization and other standards in company law and intellectual property law.

Eswatini’s national economic policy is based on free-market principles. Its economy is dual in nature, depending on both large-scale commercial productions and small-scale subsistence activities, especially in agricultural and livestock farming. 75% of the population is employed in subsistence agriculture, on which the vast majority (1.2 million) of the country’s people depend on for daily needs. On the other hand, a distinct proportion of its workforce engages in the large-scale production of high value products. There have been government-led initiatives in recent years which aim to revitalize the agricultural industry into a more vibrant commercial sector.

The lands of Eswatini contain rich resources which are instrumental to its trade and manufacturing industries, two of the largest industries of the country. Such resources include sugarcane, forests and citrus products. Sugarcane is processed into several sugar-related products such as sugar and soft drink concentrates, while wood, in particular pine and eucalyptus, are manufactured into wood pulp. These products form some of Eswatini’s largest exports, especially as Eswatini is home to operations such as the principal Coca-Cola concentrate plant in Africa. Other than the abovementioned exports, products such as cotton yarn, citrus and canned fruit also play a substantial part in the country’s economy. Other notable industries of Eswatini are the textiles manufacturing industry and the mining industry, of which the former has been steadily expanding since the 1980s and plays a significant part in Eswatini’s export trade. Tourism wise, there has been a generally increasing trend of tourism in recent years. In 2019, international tourist arrivals reached 1.5 billion, with South African visitors leading by far in terms of visitor count. Surveys have indicated that visitors are attracted mostly by Eswatini’s wildlife and cultural heritage, with most of them engaging in game viewing and cultural and historical activities.

With South Africa as Eswatini’s most proximate neighboring country, it comes as no surprise that Eswatini is heavily dependent on South Africa as its most significant trade partner, with almost 70% of the country’s exports flowing to and more than 77% of Eswatini’s imports coming from South Africa. This is attained by the construction of good-quality roads that provide links from the country to surrounding countries and beyond. The Southern African Customs Union, of which these two countries are members, also provides generally for the free movement of goods and services between member countries, further encouraging trade between Eswatini and South Africa. It is noteworthy that sugar exports have previously enjoyed preferential access to European Union markets under the Conotou Agreement, but such access has decreased in recent years, in favor of exports to nearby regions.

Due to Eswatini’s transition into an efficiency driven economy, Information and Communications Technology (ICT) is an emerging sector with many opportunities for foreign investment sought for building accessible internet infrastructure, broadcasting services, e-commerce, and online financial services. To grow this sector, the government has also started multiple initiatives such as the Royal Science and Technology Park, and e-government facilities.

Due to Eswatini’s four climactic, fertile regions that lend to its diverse agricultural products as well as forestry, livestock and cereal, the country has the potential for value addition of these products and move up to more advanced manufacturing. The government is actively encouraging investment and for foreign companies to set up business in the special economic zone in the King Mswati III International airport, and provide agricultural marketing services, and preferably training to the labour force.

Other sectors for foreign investment include tourism, manufacturing, energy, and mining.

The state of Eswatini offers several incentives to foreign investors, such as reduced corporate tax of 10% for 10 years in manufacturing, mining, and tourism services. Some companies may also be eligible for exemption from withholding taxes on dividends for the same duration. Other incentives include duty free access on capital goods, duty free accession to raw materials used for the goods produced outside the Southern Africa Customs Union (SACU), full repatriation of profits and dividends in any currency after payment of income taxes, and employee training allowance of upto 100 of the cost (offset against tax liabilities.