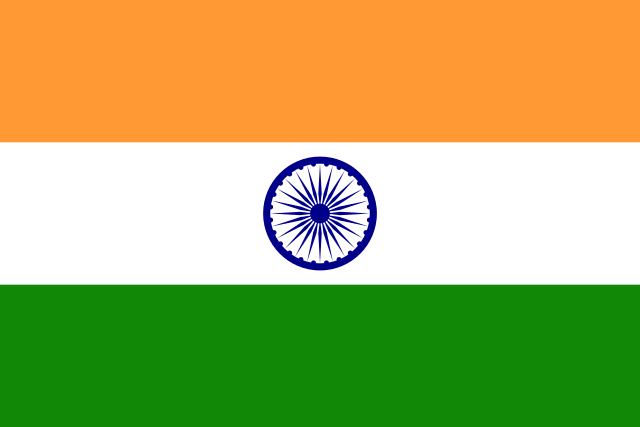 India, the world’s largest democracy and second most populous nation, is in South Asia bordering the Arabian Sea in the west, and the Bay of Bengal to the east. India shares borders with Bangladesh, Bhutan, Burma, China, Nepal, and Pakistan. In area, India is the 7th largest country in the world spanning 3.3 million km2 consisting of 29 states with diverse landscapes and three geographic zones. In the North lie the Himalayas spanning more than 2400 km holding some of the world’s highest peaks; below them are the Indo-Gangetic plains starting from the Arabian Sea all the way to the Bay of Bengal along the Ganges and Indus River valleys from where the country gathers much of its agriculture; and the third zone consists of the Deccan Plateau, making up the interior of the Indian peninsula and bordered by the Eastern and Western Ghats.  Equally as rich and diverse as its topography, is India’s culture and history that began with the Indus civilisation that lasted from 3300-1900 BCE, wherein the roots of Hinduism, Buddhism and Jainism originated, as did India’s incredible culture of mathematics, astronomy, literature, architecture, and fine arts. 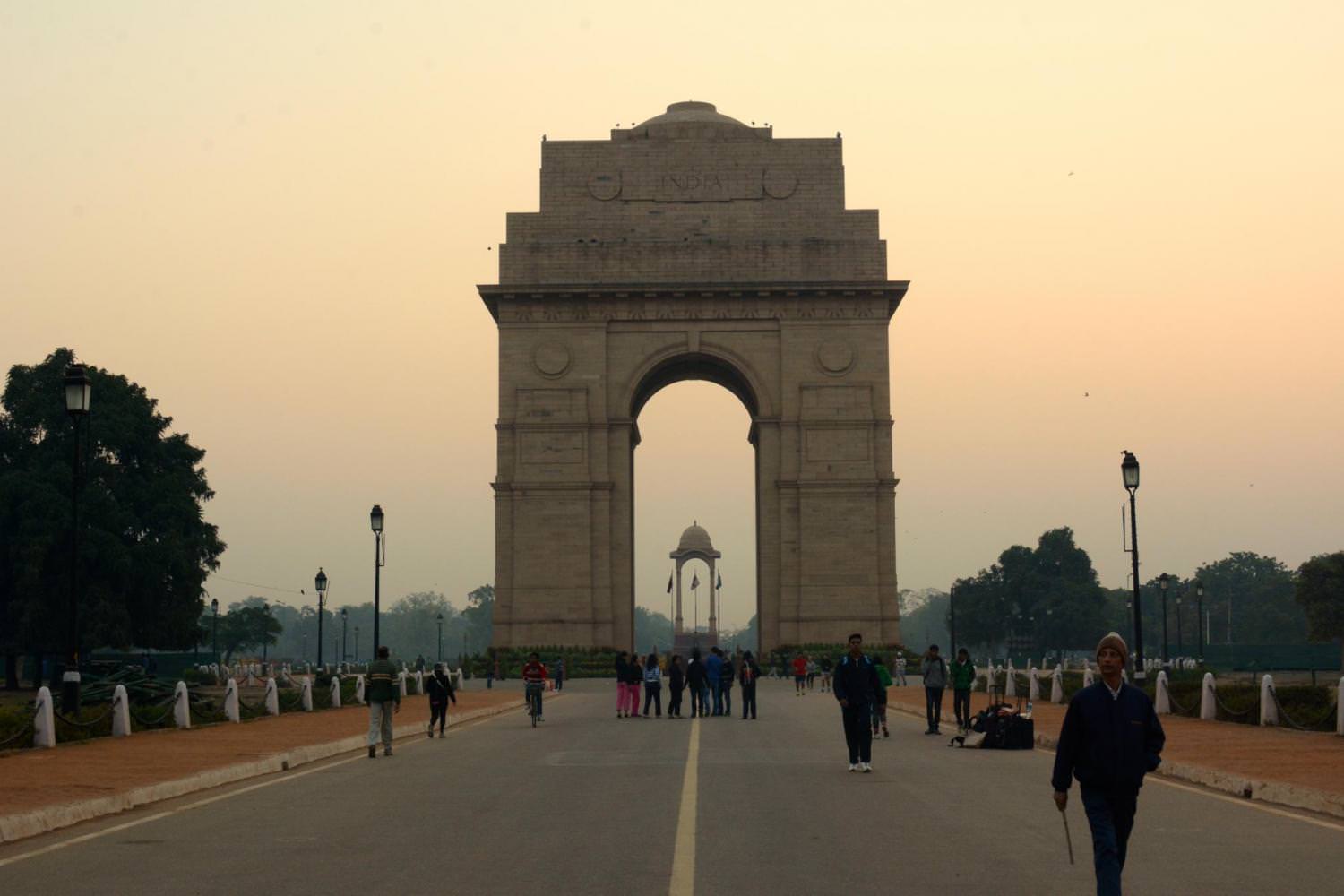 India’s population as of August 2021 is estimated to be 1.39 billion and is projected to become the world’s most populous nation by 2027, reaching 1.5 billion according to the UN 2019 World Population Prospects Report. With more than half of India’s 1.39 billion people under 30 years old, it follows that India is also likely to have the world’s largest workforce by 2027. Currently 65% of Indians live in rural areas however urbanisation is spreading rapidly, with the urban population set to surpass that of the rural population by 2050, with the urban-rural split projected to be 52.8 and 47.2. This is mainly attributable to population growth, migration and increasingly, the expansion of towns and cities.

India is home to over 2000 different ethnic groups and subgroups. Although there is no official census on the ethnic groupings in India, according to CIA Factbook year 2000 estimates the Indian population consists of Indo Aryans (72%), Dravidians (25%), whilst the rest consist of Mongoloids and smaller ethnic minorities. The main religion practiced in India by 80% of the population is Hinduism, the second largest religion is Islam (13% of population), followed by Christianity (2.3%), Sikhism (1.9%), Buddhism (0.8%) and Jainism (0.4%). Due to the diversity in ethnic groups, hundreds of different languages and dialects are spoken in India. English and Hindi are the official languages, spoken by 10% and 44% of the population respectively. Some of the main other languages spoken in India are Bengali (8%), Marathi (7%), Telugu (7%), Tamil (6%), Gujrati (5%), Kannada (4%), Urdu (4%) and other numerous languages make up the remaining 15%.

The history of India’s origins dating back to the Indus civilisation can not be summarised, but the history of modern day India began starting from the Mughal empire that ruled from 1526 up until 1761 after which their influence began to weaken due to internal fragmentation caused by religious and ethnic tensions compounded by foreign forces that arrived as traders but began to exert more influence on political affairs. After the Battle of Plassey in 1757, the final attempt of the last Mughal Emperor, Bahadur Shah II, was made after the Meerut Rifle incident in 1857. This sparked a full-fledged revolt that was put down by April 1859. To appease the growing resentment against the British Raj (Rule), legislative bodies were set up in 1861 to give the local population a platform, although members were appointed by the Governor General rather than elected, and the Indian National Congress was set up in 1885 giving the local Indian population representation in the governance. Throughout the 19th century the railway systems in India were rapidly developed which boosted the economy and transport system of the subcontinent. The Muslim faction of the Congress split into the Muslim League in 1906, and with the partition of Bengal a year earlier national sentiments in the local political associations founded by educated political elites of India grew exponentially.  In 1909, the Indian Councils Act gave further legislative representation to the Indian people, and the partition of Bengal was annulled in 1911. Notable social reformer and leader of the Indian National Congress, Gupta Krishna Gokhale, urged his disciple and companion, Mahatma Gandhi, to return from South Africa to join the Congress and the internal movement for Indian independence in 1915. When Gandhi returned, he became leader of the Congress in 1920 and launched his civil disobedience movement in 1920, based on his ideology of non-violent boycotting and protest.

By 1935 the Government of India Act was passed to begin preparations for arranging the post-British departure government in India. After three round table conferences and 5 years of bureaucratic discussion, the blueprint for future government remained inconclusive. Jawaharlal Nehru replaced Gandhi as president of Congress in 1929. The elections for the Central Legislative Assembly held in 1945 saw Jinnah’s Muslim League win all 30 seats reserved for Muslims, whilst Nehru’s Congress Party won most of the general electoral seats. To solve the deadlock between the two main parties a Cabinet Mission Plan was presented whereby India would remain unitary but with three separate tiers of governance: 1 for the Muslim majority provinces (present day Pakistan), 1 for the Hindu majority (present day India), and 1 for Muslim majority Bengal (current day Bangladesh). This was initially accepted by both parties, but it failed to materialise in 1946 due to arguments between Nehru and Jinnah, which led to India becoming an independent state on August 15th, 1947. Unlike in Pakistan, the last Viceroy to India, Mountbatten, remained in Delhi as the Governor-General while Nehru became the first Prime Minister, and a new constitution was drafted in 1950 which declared India a secular democratic republic. Although his government faced numerous challenges and difficulties that impacted the economy for a very long time, his secular ideology and strong presence greatly contained the religious violence. His popularity was apparent in his three time re-elections as leader until his passing in 1964.  His position was taken by his daughter, Indira Gandhi (no relation to Mahatma Gandhi) in 1966 until 1977, and then again in 1980-1984 after which she was succeeded by her son Rajiv, known for his efforts to deregulate industries that led to rapid economic development.

India is a union of 28 states, with Delhi as the National Capital Territory along with 6 federally administered territories. It has both a central and provincial governments. The Parliament (Sansaad) consists of two houses. The People’s Assembly (Lok Sabha) is elected directly by universal suffrage save for a few members who may be appointed by the president. Its term is normally five years. Members of the Council of States (Rajya Sabha) are elected for a term of six years and similarly has few members appointed by the president. The President as well as Vice President are elected for a term of five years by an electoral college made up of members of the national and state legislatures. The president serves as a ceremonial head of state.

Executive power lies with the Council of Ministers with the Prime Minister as the head of the Council. The Prime Minister is also usually the leader of the political party that has the greatest number of seats in parliament. Each state has its own elected legislature and a governor appointed by the president.

The judicial system is presided over by a Supreme Court in India, in which judges who are appointed by the President decide on matters of dispute between the union and regional states. Each state has a High Court, to which lower courts may bring an appeal.

India has contributed significantly to the global economy, taking the position as the third largest contributor to global growth in 2018, with reports suggesting India’s contribution may exceed that of the US by 2024, and retaining its position as the third-largest economy in the world in terms of purchasing power parity (PPP). India’s economy is relatively diversified with agriculture no longer India’s main source of revenue and the service industry increasing its share of GDP to around 53.9% for 2020/2021. The manufacturing sector is the second largest contributor to India’s GDP and food processing has emerged as a high-growth, high-profit sector, and a focus of the “Make in India” initiative.

Meanwhile, the IT sector is key pillar of the India economy and a leading sourcing destination globally, hosting around 75 percent of the global digital talent and employing 4.7 million employees. The IT and BPM industry’s revenue is estimated to be approximately US$191 billion in the 2020 fiscal year and is projected to reach US$350 billion by 2025. India has shown a particular commitment to the technology sector, with 560 million internet users, the second most connected nation in the world. Many software or IT companies now have bases in India, thanks to its cosmopolitan cities which serve as intellectual bases for innovation in the area. The country is also well-recognised for its advanced infrastructure and engineering projects, which contribute to India’s role as a diverse industrial base. Examples include the Delhi-Mumbai Industrial Corridor and other industrial corridor projects, which are set to boost industrialisation and urbanisation.

FDI equity flow into India reached approximately US$50 billion in 2019-2020 fiscal year, with the services sector attracting a substantial portion of this, closely followed by computer software and hardware and the telecommunications sector.

There has also been a wave of investment into India’s growing tech industry, which has already seen investment from Amazon, Facebook, and Google, collectively totalling US$17 billion. This is in line with India’s growing role as a hub for digital innovation and skill, with the provision of IT services three to four times more cost-effective than is seen in Silicon Valley. Many Indian tech or digital start-ups have become incredibly successful by launching themselves in the Asian market and foreign investment in this sector would further the development of the industry and boost exports.

In the first quarter of 2020, India has already seen investors conclude deals worth over US$650 million, with 12 deals in the energy sector. India has worked to promote renewable energy through an expansion plan in recent years and intends to install 450GW of renewable power capacity by 2030. Foreign investment would bolster this plan in the regions and would help to distribute renewable energy throughout the country.

The healthcare industry is rapidly expanding and strengthening in India, with the industry projected to reach around US$372 billion by 2020. The hospital sector comprises 80% of the total healthcare market and has already seen considerable investor demand, on both a domestic and global level. With the industry becoming one of India’s largest sectors (in terms of revenue and employment), coupled with increased public and private expenditure, the industry is projected to continuing growing at a considerable pace.