The National Carnival of Saint Kitts and Nevis 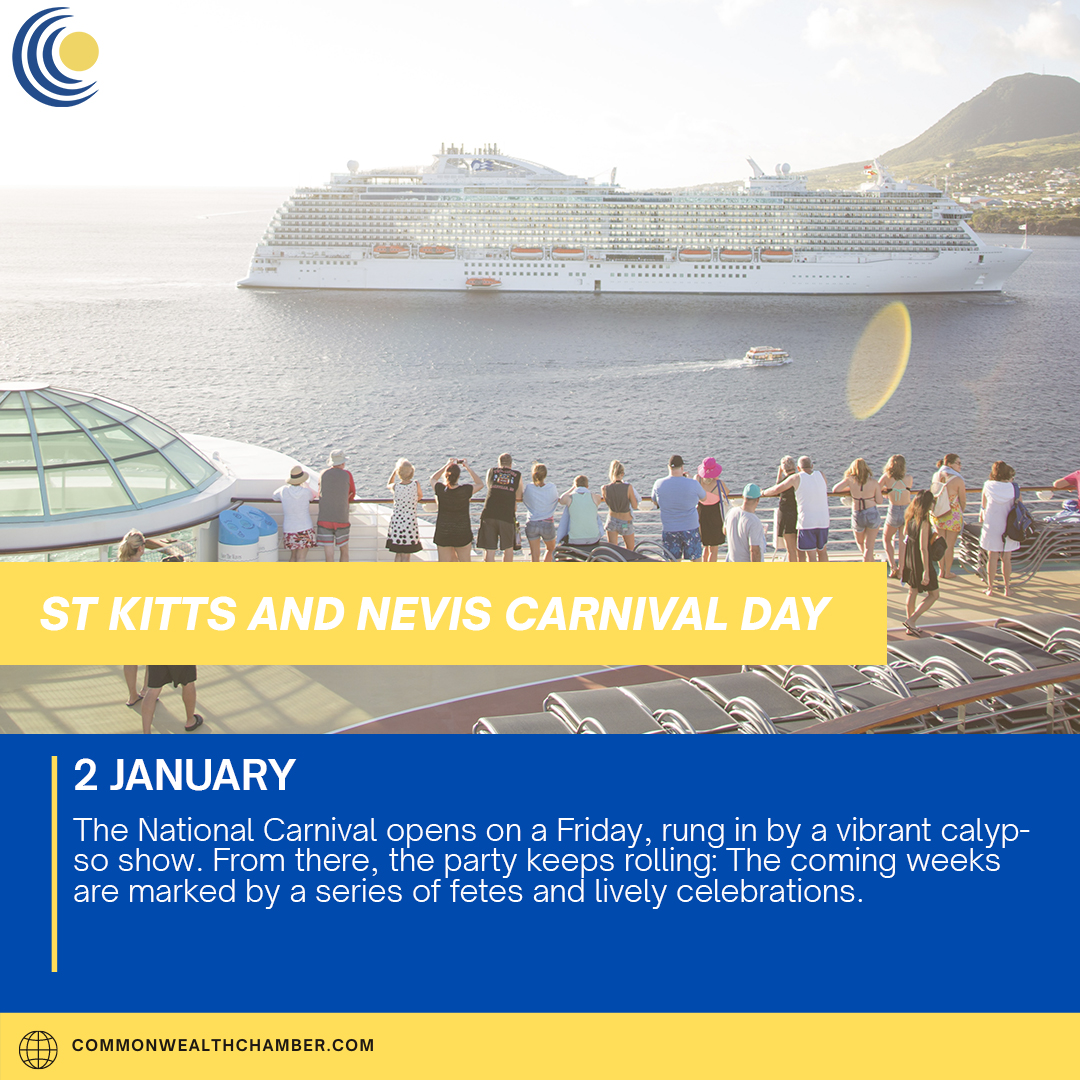 The National Carnival of Saint Kitts and Nevis, also known as SugarMan, takes place between Christmas and New Year. On 2 January, the Carnival ends with the last round, the final parade and a demonstration of the colourful costumes of the carnival participants, before the winners of the best carnival troupe are announced.