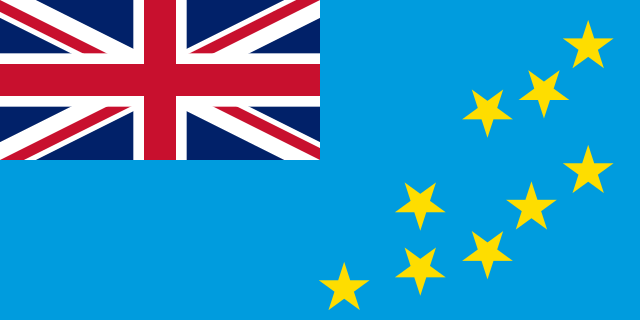 Formerly known as the Ellice Islands, Tuvalu is a Polynesian island nation located in the Central Pacific Ocean just below the equator. It is situated approximately halfway between Hawaii and Australia, with Fiji 1,000 km to the north and the Solomon Islands 2,000 km east being its proximate neighbouring countries. The capital of the island country is the village of Vaiaku on the islet of Fongafe and most government offices are located here.

Tuvalu comprises nine coral islands over a distance of approximately 676 km. These include three reef islands and six coral atolls, all of which are low-lying in nature with the country’s maximum sea level being 4 to 5 meters. Only eight of these islands are traditionally inhabited, giving rise to the name “Tuvalu”, meaning “eight standing together” in Tuvaluan. Its total land area is about 26 km2 making it the fourth smallest nation in the entire world, although its Exclusive Economic Zone spans 900,000 km2 in size. 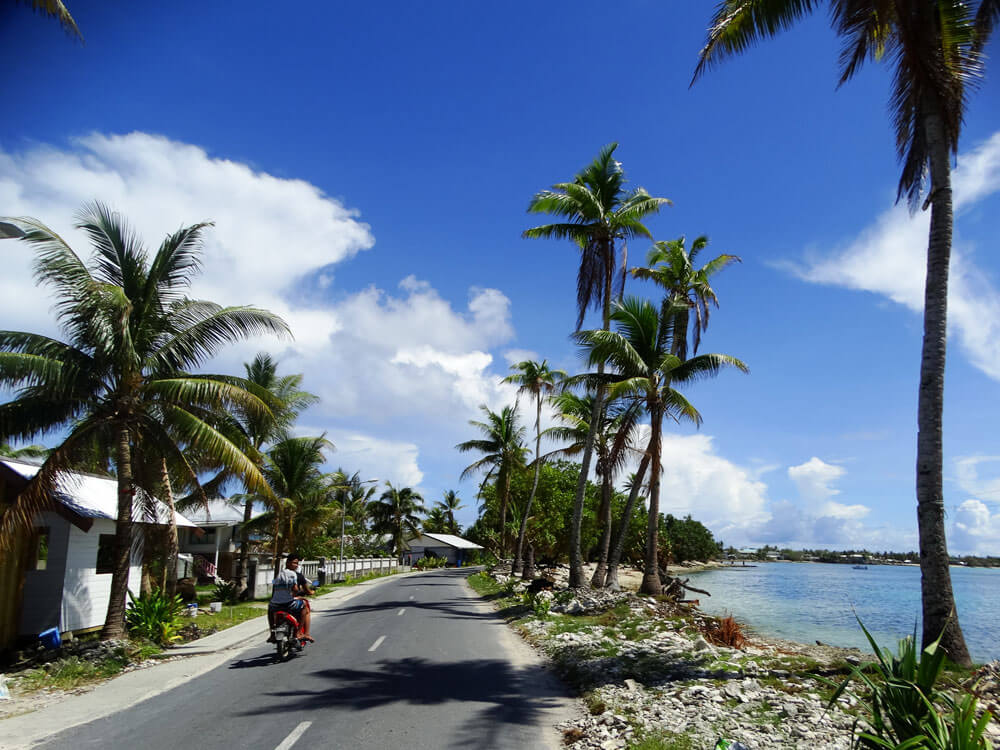 The latest estimates peg the population at 11,544. 86.8% of the population are Tuvaluan, 6.7% are mixed Tuvaluan/others and 5.6% are mixed Tuvaluan/I-Kiribati. The official languages of Tuvalu are Tuvaluan and English though the latter is not as widely spoken as the former which is spoken by 93% of the population. Tuvaluan is also used for official and governmental purposes and other spoken languages in Tuvalu include Samoan and Kiribati. The inhabitants of the islands are predominantly Protestant (92.4%), 2% practice Baha’i, 1.3% are Jehovah’s Witnesses with the remaining 4% belonging to several other religions or practising no religion.

Tuvalu has a relatively youthful population with 46% being below the age of 25 and a population growth rate of 0.83%. Two-thirds of the population dwells in urban residences of which most reside on the atoll of Funafuti.

Evidence suggests that the islands of Tuvalu were first inhabited by Samoan settlers in the early 14th century AD and small groups of people from Tonga, the northern Cook Islands, Rotuma and the Gilbert Islands followed shortly after. There was no European presence up until the 16th century with the arrival of Spanish explorer, Alvaro de Mendana de Neira, who discovered the islands of Nui and Niulakita on two separate expeditions though he failed to land on either island successfully during his travels. Though more explorers traversed the waters of Tuvalu since then, it was only from 1820 onwards that whalers and merchants would visit the islands sporadically. This eventually helped in the drafting of an accurate map of Tuvalu and by the late 1800s, more Europeans began to settle permanently on the islands. Due to kidnappings orchestrated by South American labour recruiters that began in 1862, the indigenous population of Tuvalu were receptive to the Samoan pastors that subsequently arrived from the London Missionary Society and eventually by the start of the 20th century Protestant Christianity was widely adopted by the islands’ population.

In 1892, the islands were brought under British administration as a protectorate and were dubbed the “Ellice Islands” which were then integrated into the Gilbert and Ellice Islands as a colony in 1916. The territory was mainly administered by a district officer based in Funafuti and limited government services were gradually implemented. Following the start of the Second World War, the United States military forces were stationed strategically in Nanumea, Nukufetau and Funafuti to launch raids against the Japanese invading the Gilbert and Marshall Islands. Post-World War 2 many of the Polynesians from the Ellice Islands began migrating to the Gilbert Islands in search of employment and education opportunities. This exacerbated the ethnic tension between them and the Micronesian majority population of the Gilbert Islands due to which the two territories were bifurcated into two separate colonies by 1976. Two years after on the 1st of October, the Ellice Islands gained independence and the nation was named “Tuvalu”.

14th century Samoans, Tongans and other Polynesian groups settle into the islands of Tuvalu

As an island country, Tuvalu has rich fishing waters and is especially abundant in different species of tuna. This has led to fishing exports being one of the nation’s most significant sources of income, constituting 80% of the nation’s exports and 17% of its GDP in 2020. The export of passenger and cargo ships comes in near second, leading Tuvalu’s export industry by making up approximately 40% of its exports in monetary value. The agriculture sector has played a key role in the development of the economy in Tuvalu. Most products such as coconut palms, breadfruit trees, tropical fruit and bananas grow well on its soil. In particular, coconut trees constitute the source for copra–dried coconut kernel, which is one of Tuvalu’s prime export commodities. For the internal needs of Tuvaluans, the nation primarily relies on subsistence farming, which, apart from agriculture, also includes raising poultry and pigs, as well as catching seabirds, fish and shellfish for food, and imports from other countries.

Services account for 65% of the nation’s GDP. Major sources of government revenue consist of licensing and marketing activities. Tuvalu grants fishing licenses for the access for fishing vessels in its Exclusive Economic Zone, in return for a sizeable income which amounted to around $24 million USD in 2015. The income generated from selling fishing licenses consistently provides around a third of its government’s annual spending. The country is also a member of the Parties to the Nauru Agreement, which controls 26% of the supply of tuna worldwide and allocates fishing days to foreign fishing nations.

A substantial marketing agreement heavily depended upon by the nation is the sale of its internet domain name ‘.tv’ to a Californian company Verisign, which generates several million dollars per year in continuing revenue. This domain has been licensed to platforms such as Major League Baseball as well as the Amazon-owned platform Twitch through Verisign, and such agreement forms around a twelfth of Tuvalu’s annual gross national income. Although the contract between the two countries is to expire in 2021, it is almost certain that Tuvalu will be able to successfully renegotiate or renew the contract regarding its internet domain. Another considerable source of income for Tuvalu is the remittances from seafarers working overseas. Hundreds of Tuvaluan males are employed on foreign merchant ships owned by countries such as Germany and provide remittances of their income to relatives living in Tuvalu. The only registered trade union in Tuvalu, the Tuvalu Overseas Seamen’s Union, was established to represent such workers, while the Tuvalu Maritime Training Institute ensures that these workers are properly trained. In 2017, the overall remittance rate of migrants constituted around 10% of the country’s GDP.

Aside from being a member of the WTO, Tuvalu is a signatory of the South Pacific Regional Trade and Economic Cooperation Agreement (SPARTECA), the Cotonou Agreement, The Pacific Island Countries Trade Agreement (PICTA), the Pacific Agreement on Closer Economic Relations (PACER) Plus, the General Scheme of Preferences (GSP), and the Everything but Arms Agreement (EBA).

The government of Tuvalu is actively encouraging foreign investment in key sectors including water, sanitation and waste management with an emphasis on promoting sustainable water resources and ecological management of waste which has the potential to be recycled for energy purposes. In terms of infrastructure, telecommunications and transport infrastructure is another priority sector for the nation both for aviation and maritime transport.

Foreign investment into the country’s tourism is managed by the Pacific Islands Trade & Invest agency which is the region’s leading tourism and investment agency.