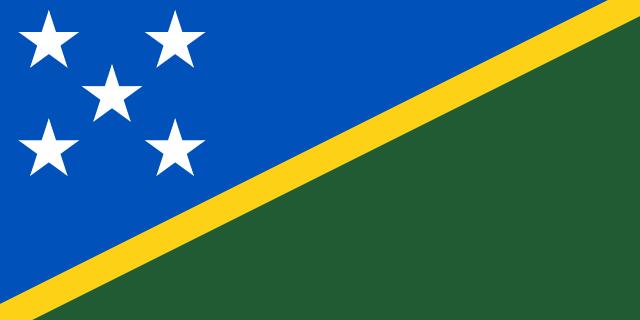 Located in the southwestern Pacific Ocean on a volcanic arc that extends between fellow Commonwealth states, Papua New Guinea and Vanuatu, the Solomon Islands archipelago consist of 992 volcanic islands and coral atolls shaped in the form of two elongated and gently curved chains that run parallel to each other and converge towards San Cristobal, also known as the Makira Island, on the southeastern end of the islands. The country’s largest city and capital, Honiara, is located on the northern coast of the Guadalcanal island which is 40 km northwest of San Cristobal. Due to its volcanic geology, the Solomon Islands are rugged and densely wooded with several volcanoes, solfatara, and hot springs littered around the territory though there are also stretches of flat plains across the territory. Despite the rough land area, the Solomon Islands is a hub of biodiversity with numerous endemic and endangered species native to the islands due to which the country is considered the “Center of Plant Diversity”. 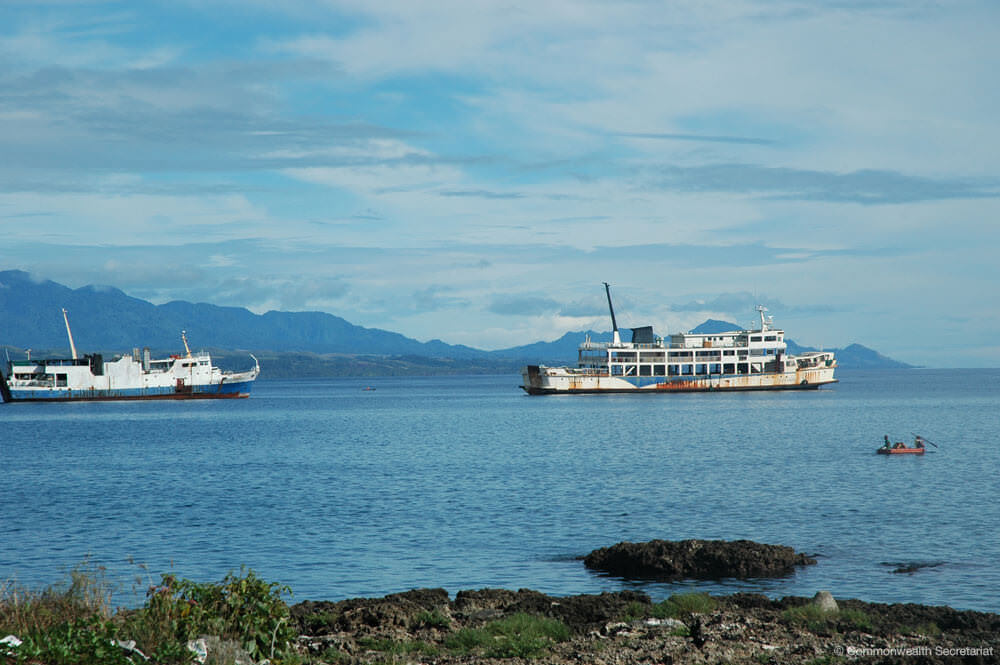 July 2021 estimates record the population of the Solomon Islands to be approximately 690,598, ranking it at 116 globally population-wise. This population is predominantly Melanesian (95.3%), 3.1% are Polynesian and 1.2% are Micronesian. Of this population, 73.4% are Protestant, 19.6% are Roman Catholic with the remaining being unspecified. English is the country’s official language, it is spoken by 2% of the population mostly in commercial and official settings. Other than English, the Solomon Islands are home to 120 indigenous languages and the lingua franca is Melanesian pidgin. The country has a youthful population, with 53% of civilians being under the age of 25.

It is said that the islands were inhabited by Austronesian language-speaking groups since as early as 2000 BCE and excavation evidence has also shown signs of Lapita settlers inhabiting Santa Cruz and Reef Islands in 1500 BCE. Although the historical recounts of the indigenous Solomon Islanders varies depending on the islands and tribes, there is common consensus that their ancestors were all from the islands and not migrants from other parts of the world.

In 1568, Spanish navigator, Álvaro de Mendaña de Neira, was the first European traveller to reach the islands and discover gold reserves, though rumours spread quickly that other than gold he had also discovered the gold reserves of the biblical king Solomon, due to which the islands were called “Islas de Solomon”. Many navigators subsequently searched for Mendana’s discoveries between 1595 and 1606 but to no avail. Over the course of the 18th century French and British navigators frequented the islands and successfully chartered the entire territory. During the 19th century the territory of the Solomon Islands were regularly frequented by European naval and commercial ships, increasing trade and industrial activity. Anglican missionaries began settling in the islands in the 1870s while the Roman Catholic missionaries successfully settled in the area during the 1890s.

Germany and Britain had divided the islands amongst themselves in 1866 with Germany in control of the northern islands and Britain in control of the souther islands. By 1893 Britain had declared its half of the islands as the British Solomon Islands Protectorate and in 1899 Germany handed over the northern islands, with the exception of Baku and Bougainville (now territory under Papua New Guinea), to the British in exchange for the latter’s recognition of German control over Samoa. During the British administration, coconut plantations and the production of copra, dried coconut meat, were the main cash crops of the islands’ economy.

The Solomon Islands were invaded by Japan in early 1942 and remained a key area of conflict during the Pacific War, with the Battle of Guadalcanal being amongst the most devastating but crucial clashes during World War 2. After the end of World War 2, Honiara replaced Tulagi as the Solomon Islands’ capital due to its flat topography and availability of military facilities. The end of the War also gave impetus to the “Maasina Rule”, a nationalist movement borne out of the global call for decolonisation, and it lasted from 1944 to 1952. Efforts towards constitutional development and policies of self determination resulted in independence on 7 July, 1978. Peter Kenilorea of the Solomon Islands United Party (SIUP) became the first Prime Minister and served for two terms until 1986.

1978 The islands achieve independence within the British Commonwealth. Queen Elizabeth II remains head of state for the Solomon Islands 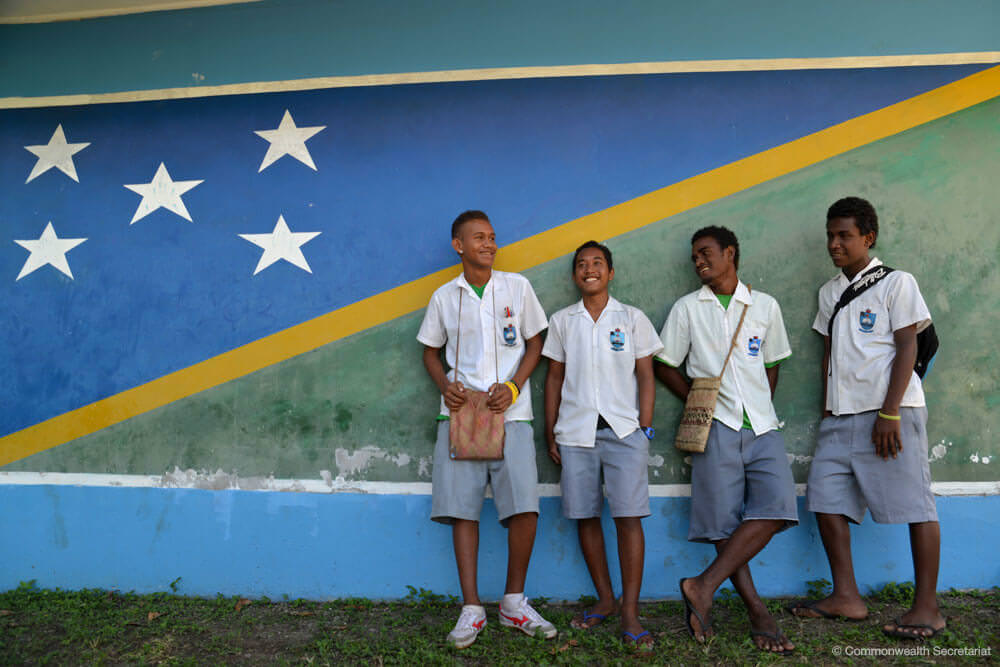 As the Solomon Islands is rich in timber and undeveloped mineral resources, its economy relies heavily on natural resources, such as timber, fish, copra, palm oil, cocoa and gold. The major export destinations in Solomon Island include China, Italy, Thailand, Taiwan and Netherlands.

The majority of the Solomon Islander population rely on agriculture, fishing and forestry, particularly round wood logs, for their livelihood. Most of them are engaged in subsistence farming and fishing.  Examples of major subsistence crops include sweet potato, banana, taro, yam, beans and cabbage. Major cash crops grown on and exported from the Solomon Islands are coconut, palm oil and cocoa beans. The Solomon Islands also has good reserves of gold, bauxite and phosphates which can be capitalised on further to better contribute to the country’s GDP; tourism is another industry that can be expanded for increased revenue.

Accounting for 10.5% of the state’s pre-COVID GDP, tourism is a critical component of the Solomon Islands’ government’s strategy for economic development. The government believes that the remoteness and current underdeveloped western land of the islands present immense opportunity for investment. With a focus on private investment, the Solomon Islands Government has been improving facilities and services available to foreigners and has also provided comprehensive official investment guides promoting the development of sustainable tourism, eco-hotels and environment-conscious travel tours. Aside from tourism, investment in sustainable fishing, diversification of agricultural products as well as mining are key areas of development for which the government encourages foreign investment.