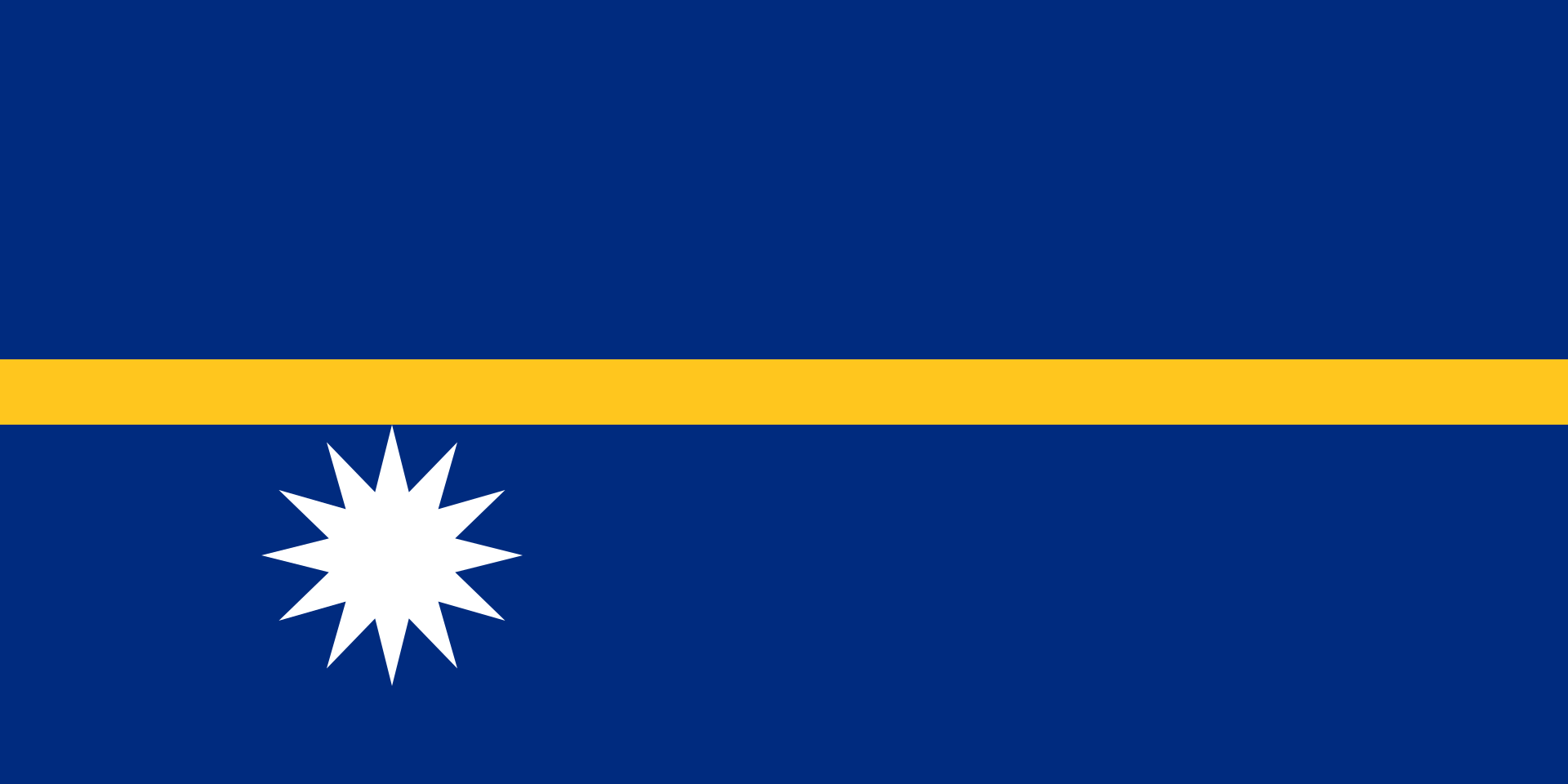 Nauru, a raised coral island, is a southwestern country located just 40 km south of the Equator with land area of just 21 sq.km. It is the third smallest territory after Monaco and The Holy See (Vatican City). The closest neighbouring country is Kiribati located about 300 km to the east.  Nauru does not have an official capital, although some consider the city of Yaren as such due to the government offices being located there. In the centre of the island coral cliffs stand at up to 200 feet tall, with the surrounding plateau largely composed of rock phosphates. An endorheic lake called the Buada Lagoon can be found in the southwest of the country and fertile, yet narrow stretches of soil encircle the coastal areas of the country. Mineral deposits used to cover more than 65% of the land but extraction has left jagged protruding piles of limestone bedrocks that give the country ethereal atmosphere.

The earliest evidence of civilisation in Nauru is recorded to be from 3000 years ago when the Micronesians and Polynesians voyagers, who branched into 12 different tribes spread out in the island. It was first sighted by English ships in 1798 but contact between the Europeans and the indigenous was not established until the 1830s when Nauru’s ports were opened to foreign whaling vessels. After which, the introduction of alcohol and guns by these foreigners sparked intra-island war amongst the competing tribes and districts which peaked in the 1880s and has said to have almost halved the population from 1400 people down to 900. German traders present on the island frustrated by the hostilities and foreign competition over the Pacific territory convinced the German government, including Otto von Bismarck’s son, to sign the Anglo-German declarations of 1886 whereby Nauru was incorporated into the Marshall Islands protectorate in 1888, and the subsequent arrival of German forces and administration to the island, quelled the decades long in-fighting. In 1906, due to the discovery of large phosphate reserves, the German administration, along with the British concern named the Pacific Phosphate Company, began mining operations in the following year. In 1914 with the beginning of World War 1, Australian forces defeated German forces and took over Nauru. With the end of the War in 1919, Nauru became a League of Nations mandated territory under Australian administration primarily, along with Britain and New Zealand. These three governments took over the phosphate mining via a joint commission called the British Phosphate Commission.

During the Second World War, German and Japanese forces fought for dominance in Nauru, with Japan eventually succeeded in August 1942, and the population was taken to Truk (currently Chuk), including notable politician Hammer DeRoburt, to work as labourers in military encampments. Australian control was re-established in September 1945 and in November of 1947, the administration system of Nauru under the League of Nations was reinstated under the United Nations, and the operations of the British Phosphate Commission resumed.

The first movement towards independence began in the 1950s when Hammer DeRoburt, a politician with chiefly status in the local government council since 1955, began negotiations for local ownership of the phosphate industry as well as political autonomy for Nauru. Pressure for independence kept mounting in the late 1950s and early 1960s. Eventually, when mining had caused such environmental damage that discussions had begun to resettle Nauruans on an island on the northern coast of Australia, which was rejected by DeRoburt and was backed by almost all the Nauruan population. After gruelling negotiations Australia agreed to grant Nauru full independence in a discussion held in October 1967; and the formal Independence Day fell on the January 31, 1968, which was also the 22nd anniversary of the return of the Nauruan people from Truk. Hammer DeRoburt became the first president of Nauru and remained so till 1989, except for a brief lapse in 196-78 and the latter half of 1986 due to government opponents vote of no confidence. Before the end of his terms, in 1982 he was knighted by Queen Elizabeth II. In 1970, the British Phosphate Commission handed over administration of the resources to the Nauru Phosphate Corporation, the returns of which gave the island country the second highest GDP per capita in the world. Nauru official joined the Commonwealth in 1999. 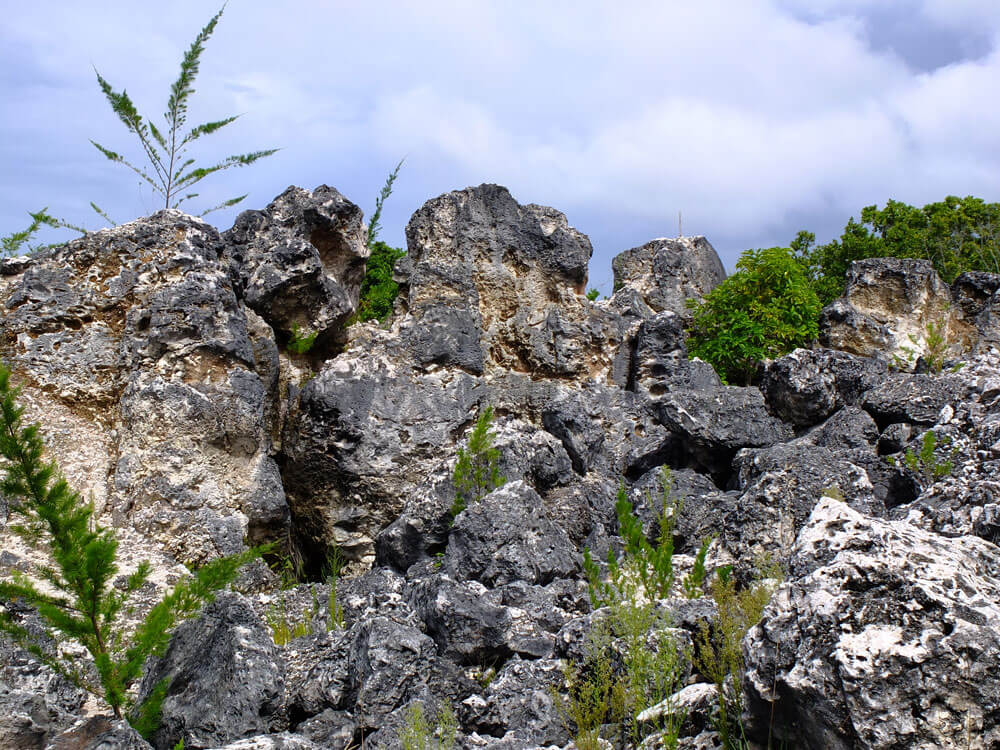 2006 Experts warn Nauru that their phosphate resources are near exhaustion

Nauru is one of the few countries with 100% urban population, mainly due to its small land area. Nauru has a young population with 47% of the population below the age of 25.

Nauru is a democratic republic with the president as both the head of state and government. The president is indirectly elected by members of the parliament, which itself is unicameral with 19 members who may be elected for a maximum of three years. From amongst the parliament members the president elects 5-6 for the formation of the cabinet. Legislative power rests with both the government and the parliament.

The Supreme Court in Nauru hears appeals from both the district courts and from the family courts. Should an appeal be lodged against a decision of the Supreme Court, the Appellate Court of Nauru or the High Court of Australia will hear the matter. There are also Public Service and Police Appeal Boards for appeals relating to public interest.

Nauru’s economy is largely funded by phosphate mining. Most of the island’s area has been exploited for extraction and storage of the mineral. As a result, the nation has seen its GDP rise to an estimated $160 million in 2017, yet GDP estimations vary widely. However, Nauru is seeking to diversify its economy. Australia also funds a large proportion of Nauru’s economy, having provided around AU$25.8 million in bilateral funding to Nauru’s economy, which equals around 25 percent of the island’s GDP. In 2012, establishment of the Australian Regional Processing Centre for asylum seekers promoted economic growth. As a result, Nauru enjoys a low rate of unemployment and a higher average household income. Fishing licences have also improved governmental revenue, forming part of the ‘vessel day scheme’, whereby fishermen can purchase and trade days of fishing at sea.

In 2020, Nauru’s GDP was reported to be US$111 million, with an annual growth rate of 12.4%. Exports totalled US$110 million with the main exports being fish and crustaceans, molluscs and other aquatic invertebrates consisting of 80% of all exports, followed by salt; sulphur; earths and stone (11.3%) and electrical machinery and equipment and parts thereof (3%). Main export destinations were Thailand (64%), Philippines (20%), the US (3.4%), and South Korea (3.3%).

Australia is Nauru’s primary source for foreign direct investment. For the last four years, Australia’s annual contribution to Nauru’s economy is averaged at AU$24.6 million. Venturing outside the Pacific and finding diversified FDI sources is a top priority of the Nauruan government.

The Asian Development Bank (ADB) has injected a total of US$131.57 million during the first half of 2020. The establishment of notable projects in the transport and energy sectors have proven successful. For example, the ADB’s Solar Power Development Project financed a solar power plant and battery storage system to improve Nauru’s sustainable energy infrastructure. Nauruan waters host an abundance of fish, which is yet to be taken advantage of. Were there to be investment in this industry, Nauru could serve as a fishing base for foreign fishermen and the country could benefit from fishing agreements with other Commonwealth countries.