This newsletter and presentation are a short overview of Islamic/Shari’ah Banking which is particularly relevant to the 730 million or so Muslims in the Commonwealth, and a guide for non-Muslims to Islamic banking practices. This summary is a layman’s overview by way of general explanation only and is not legal advice or analysis that should be relied upon.

Islamic banking is a system for banking and trade in accordance with Islamic law (Shari’ah) in which three elements, often found in general banking, are prohibited:

Riba, meaning interest rates, whether high or low, on loans or deposits. According to Islam, the act of charging interest is considered exploitative, and it is said that whoever uses money gained via charging interest is consuming “impure” sources and committing a major sin. The objective of riba-free banking is to ensure equitable distribution of wealth in the society and prevent sizable gaps between the upper and lower income citizens.

Gharar refers to banking activities that involve risk and/or uncertainty for e.g short sales, futures and options etc. This is not allowed in Islamic finance as it goes against Shari’ah principles of openness and certainty in all transactions. Gharar also refers to any transaction that involves capital or investment money that has unclear or conditional ownership.

The prohibition of Riba and how Shari’ah gives rise to alternative structures:

Islamic banks accept deposits using different types of contracts. Mudharabah is a type of partnership contract on the liability side wherein profits and losses shares are mutually agreed upon. The Islamic bank functions as a fund manager for the depositor’s funds in Shari’ah-compliant activities and unlike in general banking, returns on capital are not guaranteed to the depositor.

Another type of contract called Murabahah is a type of cost-plus financing used instead of loans whereby the bank accepts the client’s request to buy something in their stead and sell it back to the client at a mutually agreed upon profit markup, and repayments are usually made in instalments. Against the argument that this may just be another means of charging interest, the structure of this contract is such that the profit is a pre-set fee that is not reliant on the price of the asset purchased and can not be changed once it has been set. Furthermore, no additional charges are put on defaulters, who may be given an extended repayment grace period as provisioned in the Quran.

Shari’ah allows for investment in company shares and the buying of stocks, via shares or direct investment, as long as sufficient energy and time have gone into background research on the company and ensuring they do not engage in any impermissible activities. Traditional insurance is not permissible according to Shari’ah Law therefore an Islamic alternative called Takaful is used that is a type of insurance wherein all participants pool in money collectively into a takaful fund and provide guarantees against loss and/or damage to each other, plus any claims made by any participant is paid for using this collective pool of funds.

In Islam, money is not recognised as the subject matter of trade therefore all Islamic bank financing is based on real assets, the risks associated of which are borne by the bank as is any loss suffered due to obsolescence or destruction of the assets before any contracts are signed on them. Related inventory is shown in the balance sheets of Islamic Finance Institutions (IFIs).

Shari’ah boards comprise of qualified scholars that oversee Shari’ah compliance in Islamic Financial Institutions and publish reports on their compliance performance as part of these banks’ annual reports. Any non Shari’ah compliant or ambiguous income identified via audits are given to charity to “purify” income and are catalogued meticulously in the previously mentioned annual reports as well.

A sukuk is a financial certificate, similar to a bond, which is sold by issuers to investors as undivided shares of ownership of a tangible asset. Most sukuks are asset financed and provide investors with mutually agreed upon shares of earnings produced by the asset, as well as any loss induced by the said asset. As in the case of riba, sukuks can not be issued on speculative assets. Sukuks can also replace a conventional bond provided that the assets are Shari’ah compliant and audited.

For more details, view our presentation on Islamic Banking here: 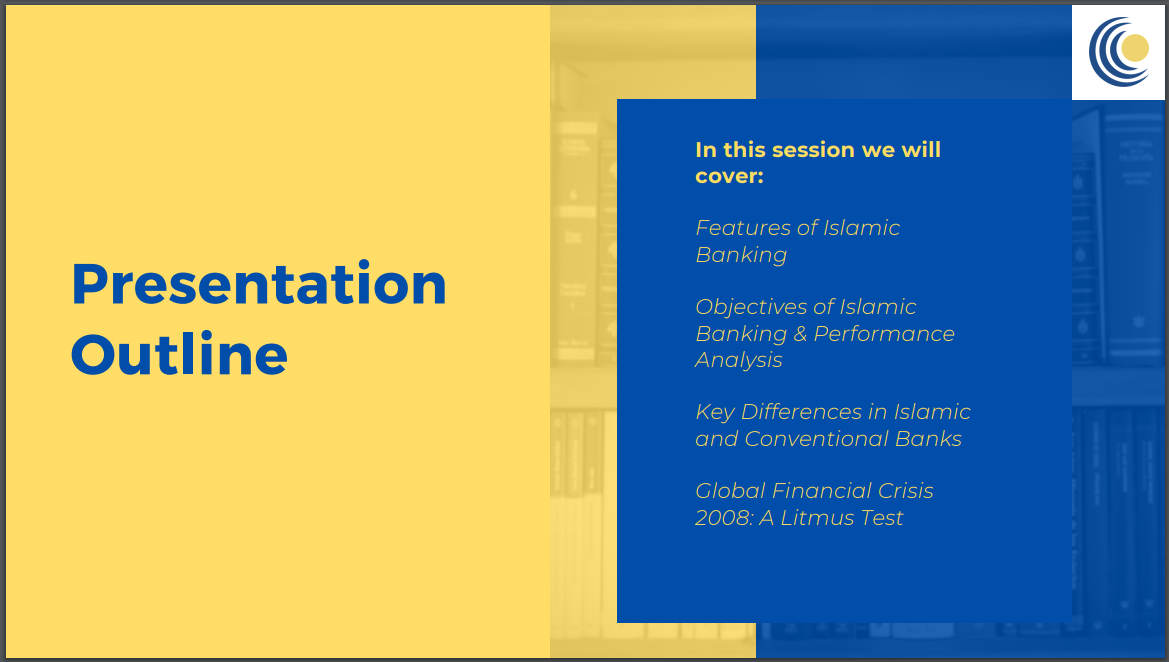 As of 2021, more than 700 Islamic Finance Institutions are operating throughout the world with over 100 million customers. Over 12,000 outstanding sukuks have been issued, 250+ Shari’ah compliant funds set up worth US$300 billion in funds, 353 established takaful institutions with contributions over US$27.1 billion, and overall Islamic banking services totalling US$2.44 trillion in 2020 projected to increase to US$3.69 trillion by 2024[1]. More than 90 countries, 50 of which are Muslim, have set up Islamic Banking institutions with Islamic finance hubs in countries like the UK and Malaysia, and Islamic Indices have been established for e.g, Dow Jones, FTSE, KMI-30 etc.[2]

This summary is a layman’s overview by way of general explanation only and is not legal advice or analysis that should be relied upon.

What is Shari’ah banking