Guardians of the forests 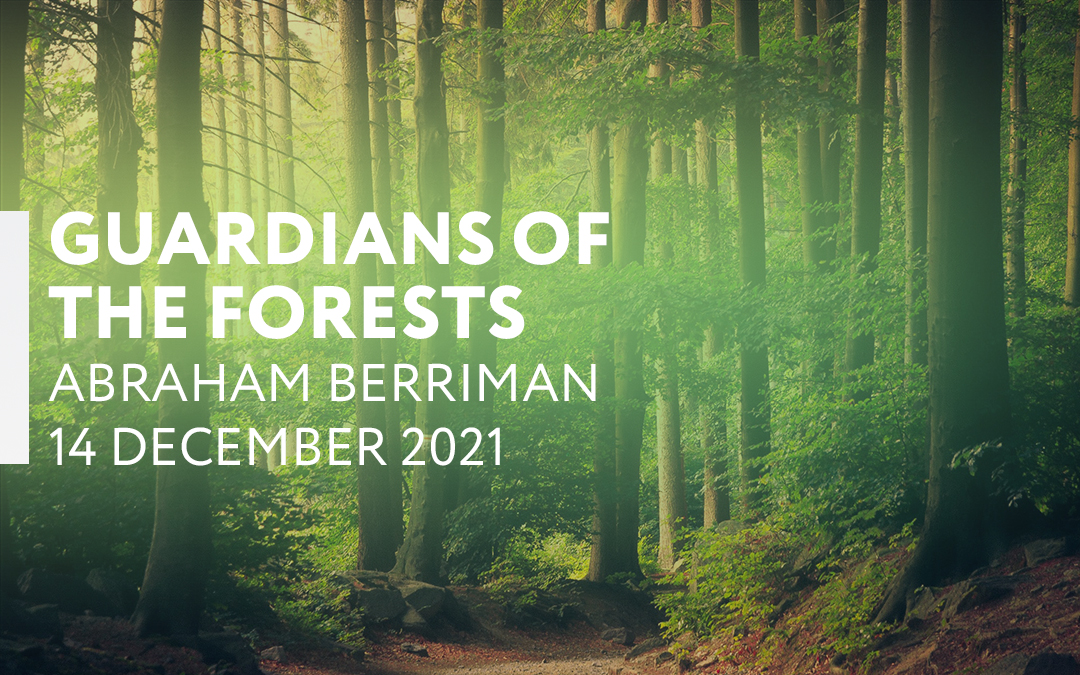 Earlier this month, over 120 world leaders gathered in Glasgow, Scotland, to attend the 26th United Nations Climate Change Conference (COP26) which Prince Charles described as “the last chance saloon” to save the world from runaway climate change. With a love for trees as deep as mine, I was most interested in the talks on 2nd November, in which world leaders and philanthropists, including Unilever’s CEO Alan Jope and Amazon’s Executive Chair Jeff Bezos, got together with climate warriors to discuss the future of the world’s forests. 141 world leaders (including 39 Commonwealth nations), accounting for 90.94% (3,691,510,640 hectares) of the world’s forests, pledged to work together to halt and reverse forest loss and land degradation by 2030 during the Leaders’ Declaration on Forests and Land Use, streamed live to a global audience via YouTube.

As Alan Jope said “1.5°C (the goal to limit global rise in temperature to 1.5 degrees) has to become one of the organising principles of the world’s economy, and I think there is a cardinal truth, we can only deliver 1.5°C if we end and reverse deforestation”. The UK PM, Boris Johnson, was moved to say “we need to end the role of humanity as nature’s conqueror and instead become the custodians of these ‘trillion pillard cathedrals’ that are the lungs of our planet’’. What COP26 has made abundantly clear is that only by working together can we succeed in fighting climate change, delivering resilient and inclusive growth, and halting and reversing forest loss and land degradation. Indigenous Peoples have contributed the least to climate change, and yet stand to suffer the worst effects as a result of their close relationships with nature. Indigenous Peoples must be engaged as full partners in defending their homes and “our” global forests. Although they may account for only 5% of the global population, their territories cover over 25% of the world’s land harbouring 36% of remaining intact forests which is home to 80% of the planet’s remaining biodiversity, and sequesters 22% of all above ground carbon.

Throughout their 350 million years heritage, trees have witnessed sweeping planetary changes, the coming and going of the dinosaurs and ice ages, but 10,000 years ago, when the earth was carpeted with 6 trillion trees (57% of the world’s habitable land), man came on the scene and, of that lush green tapestry, today only 38% or 4 billion hectares are left. But the most dramatic change is much more recent; up until 1700, more than half of the world’s habitable land was forested, with half of the forest loss occurring in the last century alone, one third lost to agriculture, specifically grazing. Let that sink in, we have lost more forest in the last 100 years than the previous 9,000 combined. Quoting Boris Johnson again as he aptly puts it, “The world’s tropical forests are the lungs of our planet and yet we are losing these great, teeming ecosystems at an unconscionable rate….setting back our efforts to tackle climate change”.

From the sawdust of today’s industrial world arises an unparalleled opportunity for sustainable growth and green job creation; businesses, charities and individuals are working in unison to protect, grow and ensure the futures of our forests. Local and global projects alike are born of varied motivations, fighting deforestation, battling the climate crisis and protecting endangered species and habitats. Their main common goal is to safeguard and replace lost native trees. One of the largest coalitions between big business that includes the aptly named Amazon and governments, such as the UK, has committed US$1 billion in a new public-private initiative to combat the climate crisis through the conservation and preservation of tropical forests across the globe. Another notable plan of action is the Lowering Emissions by Accelerating Forest Finance Coalition (LEAF) which views trees as a proven method of reducing emissions, creating bio diverse carbon sinks to supply the world with oxygen and buying humans a little more time to resolve the problems we have orchestrated.

It is widely acknowledged that tree planting alone will not be enough and inspired individuals and leaders are calling for innovation on a scale not hitherto seen. Prince William and Sir David Attenborough have joined forces to launch the “Earthshot Prize”, which they hope will become the “Nobel Prize for environmentalism”. The hunt is on to award £50 million over the decade for 50 solutions to the world’s gravest environmental problems. Elon Musk’s Foundation is also on the prowl for solutions; the US$ 100 million (£74.9million) XPRIZE Carbon Removal will be awarded to anyone demonstrating methods, mechanical or natural, that can extract carbon dioxide directly from the atmosphere or oceans and sequester it durably and sustainably at the giga-tonne scale.

Until then, trees remain one of the best pathways to a future in which carbon neutrality and holding global warming to only a 1.5°C increase become reality and not just aspirations.

Ritchie, H. (2021) ‘The world has lost one-third of its forest, but an end of deforestation is possible’, Our World in Data, 9th February. Available at: https://ourworldindata.org/world-lost-one-third-forests.