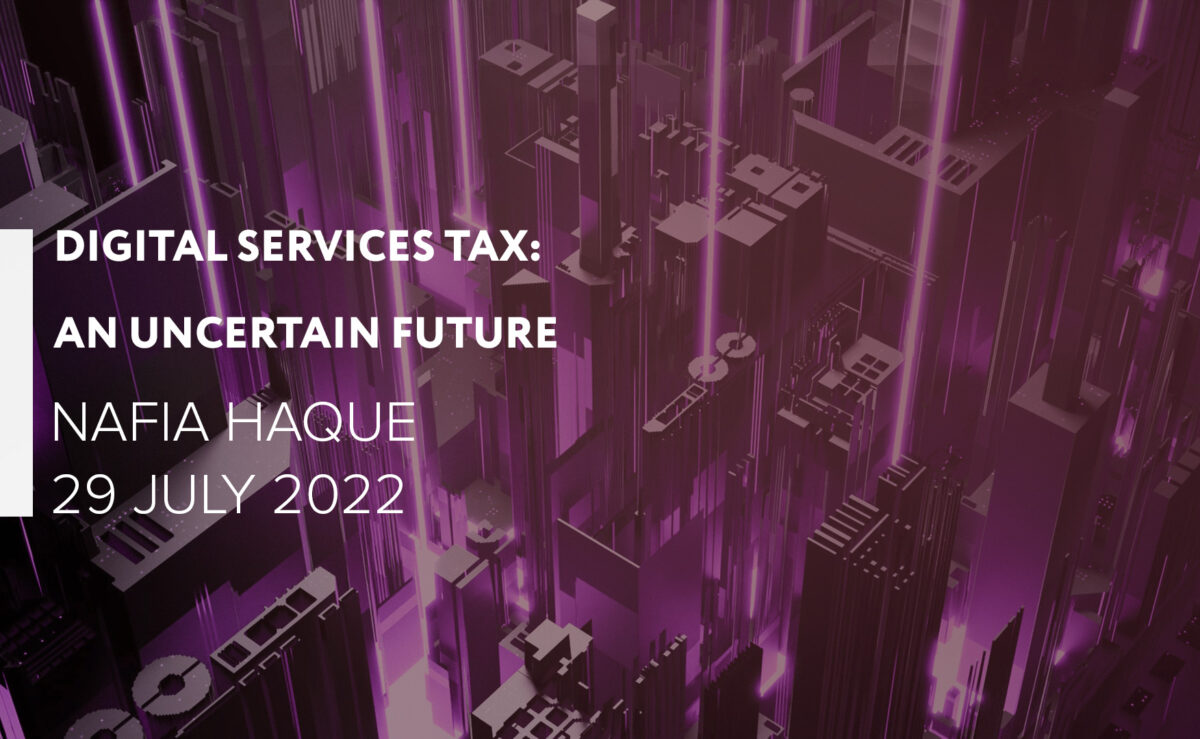 In the midst of a raging pandemic as well as in its aftermath, the world has been gripped by digitalisation. Most companies have now transformed into digital entities, and most have a digital presence in almost all parts of the world. Although this seems to be a success story, as it is easier and more accessible for companies and consumers, one issue that has arisen is the taxation of the digital presence of companies. Previously, it was a straightforward system to tax corporate entities as it was a system based on their physical presence in a country. However, now, it has become immensely more complex and new systems of taxation have been put into place to tax the digital revenue of companies by focusing on the presence of consumers rather than the company.

One of the primary issues in international tax at the moment is harmonisation. Harmonisation of taxation has been a key objective for a large number of countries for many years, including a significant number of countries within the Commonwealth. Countries have been looking to harmonise tax between themselves, but have failed, which has led to the entire mission being implosive. The mission is known as the Inclusive Framework, proposed by the Organisation for Economic Co-operation and Development (OECD), in order to engage the participating states in “an inclusive dialogue on an equal footing to directly shape standard setting and monitoring processes”.[1]

The Framework mainly consists of two pillars. Pillar One consists of three components. Firstly, a new taxing right for market jurisdictions (Amount A); a fixed return for certain baseline marketing and distribution activities taking place physically in a market jurisdiction, in line with the arm’s length principle (ALP) (Amount B); and processes to improve tax certainty through effective dispute prevention and resolution mechanisms.[2] This is a real step towards tackling the issue of digitalisation as it attaches a taxing right to a share of profits of an enterprise to a specific market jurisdiction[3] which mainly focuses on where the customers are. Therefore, it does not matter if a company does not have any sort of physical presence within that jurisdiction.

Pillar Two includes the Global anti-Base Erosion Rules (GloBE rules) and seeks to implement a global minimum level of effective taxation, which is 15%, on income derived from large Multinational Entities (MNEs) which includes reallocation and apportionment of income between jurisdictions. It is to be noted that the GloBE rules will only apply to MNEs that meet the 750 million euros threshold, which in practice, applies only to industrial giants. The target for both Pillars is the end of 2022, but this target has begun to feel very optimistic. While, in theory, the Framework seems to be quite straightforward and easy to implement, in practice it is nothing short of catastrophic.

This is due to a number of reasons, one of which is tax competition between states. While countries have shown their enthusiasm and willingness when agreeing to the Framework, they have since strayed away from this attitude. A number of countries have resorted to having their own national system of regulation for digital taxation (DSTs), which seems to be more desirable to them than the Framework. However, the main focus of this article will be the UK. From 1 April 2020, the UK has imposed a 2% tax on the revenues of search engines, social media services and online marketplaces which derive value from UK users.[4] The main elements of UK DSTs are provided within Sections 39-72 of the Finance Act 2020, according to which DSTs apply to those companies whose total amount of digital services revenues exceeds £500 million, and that £25 million of that revenue is derived from UK users. This is quite a fall from the high threshold under the Inclusive Framework. However, the tax rate (i.e. 2%) is also quite low compared to that of 15%. Hence, it is clear that a larger number of entities will be “caught” by the threshold of the DST. While it is to be noted that the UK plans to disapply the DST once the Framework is implemented, they have set up a review for the DST in 2025, which is three years after the Framework is set to be implemented. This shows a strain in UK’s intention to implement the DST.

DSTs are preferable to countries as they have the opportunity to generate a hefty amount of revenue under the DSTs compared to the Framework. However, in my opinion, this should not make the Framework redundant. The Framework has the potential to provide a promising, long-term solution to the issue facing international taxation at the moment. Harmonisation of taxation between a significant number of countries in the world could lead to fair taxation, which has been an aim for decades. Therefore, the short-term potential provided by DSTs should not distract from the long run potential of the Framework. I believe that this can be accomplished at a faster rate with the Commonwealth’s support and encouragement as a large number of Commonwealth members are also part of the Framework.

A prospective solution that is likely to make countries as well as the OECD happy may be to merge the two systems of regulation. Countries could retain their own national system of regulation, which would include a large number of entities, while also doing their part in implementing the Inclusive Framework, which only applies to industry giants.  This way, countries would be able to retain their sovereignty as well as contribute to the harmonisation of tax globally. The future regarding international digital taxation looks quite uncertain, however, it is a hope that implementation and a permanent solution will be reached soon, with the countries’ co-operation and the Commonwealth’s support.

Nafia Haque is a Research Associate at Stellar Chambers and a Junior Lecturer at London College of Legal Studies (South).

[3] Adapting Taxation of Business Profits to the Digital Economy, Assessment of the Pillar One and Pillar Two Proposal by the OECD/G20 Inclusive Framework on BEPS, Ellis Rootsma, Spring Term 2021, Master’s Thesis in International Tax Law