Montserrat is a self-governing British overseas territory in the Caribbean, southeast of Puerto Rico within the Lesser Antilles chain. It is also known as “The Emerald Isle of the Caribbean” owing to its resemblance to coastal Ireland and for the Irish ancestry of many of its inhabitants. The territory is located about 43 km southwest of Antigua and about 50 km northwest of Guadeloupe. Until 1997 the capital was Plymouth, but after the volcano eruptions in that year, the population had to evacuate; and since most government activities relocated to Brades, it became the new capital.

The population of Montserrat as of 2020 is 4,922. Most Montserratians are of African descent accounting for 88.4% of the population, with the remaining population consisting of mixed, Hispanic/Spanish, Caucasian/White, East Indian/Indian. English is the official language in the region, and it is widely used. But the lingua franca of the land speaks a Creole language similar to the type spoken in Jamaica. The main religious denomination is Christianity. 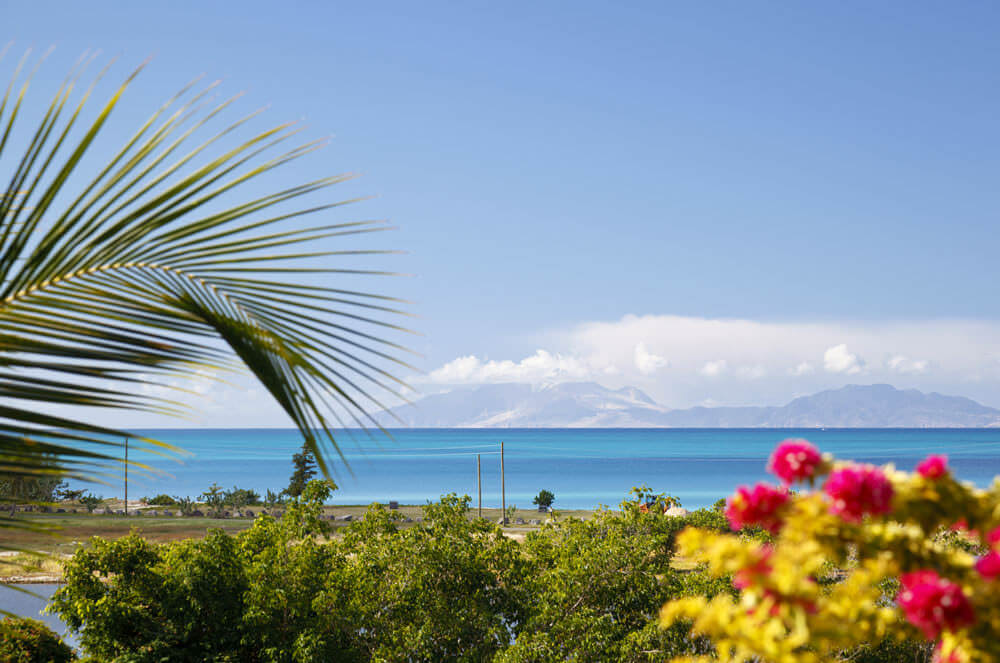 When Christopher Columbus landed in Montserrat during his second voyage to the Americas in 1493, he named it after the Abbey of Montserrat located in Spain. The territory was then colonized by the Irish Catholics from Saint Christopher sent by British governor of Saint Kitts, Thomas Warner, in 1632. After this, Irish immigrants started arriving from Virginia plantations were set up growing tobacco, indigo, and then sugar and cotton. These settlers were repeatedly attacked by Carib and French forces until the French took possession of the island in 1664 and again in 1667. It was restored to England by the Treaty of Breda, but French forces again conquered the island in 1712 and captured it for the last time in 1782, before they returned it to Britain via the Treaty of Paris 1783.

The legal system of Montserrat has a very strong influence of the Common Law. The judiciary is based on the English legal system with final court of appeal being the Privy Council. The Eastern Caribbean Supreme Court (ECSC) is the superior court of the Organization of Eastern Caribbean States. The ECSC, which is headquartered on St. Lucia, consists of the Court of Appeal headed by the chief justice and 4 judges and the High Court with 18 judges. The Court of Appeal is itinerant, traveling to member states on a schedule to hear appeals from the High Court and subordinate courts. High Court judges reside in the member states, with 1 assigned to Montserrat. The region is also a member of the Caribbean Court of Justice.

Montserrat’s economy is a small island economy, and such economies were compounded by the aftermath of volcanic eruptions in 1995 eruption. Eruptions destroyed Montserrat’s historic capital city of Plymouth. The current government sits in Brades, the de facto capital, in the Carr’s Bay/Little Bay vicinity at the northwest end of Montserrat. Between 1995 and 2000, two-thirds of the island’s population was migrated, primarily to the United Kingdom, leaving fewer than 1200 people on the island in 1997. The population rose to nearly 5000 by 2016. The volcanic eruption caused a large part of the island to be designated as an exclusive zone. Access to the exclusive zone is restricted and controlled by the Montserrat Volcano Observatory (MVO), which monitors volcanic activity and provides safety advice. The entry is only permitted with a police escort.

Currently, the operating budget of the island is mainly provided by the British government. Approximately half of GDP comes from the budget support of the British government and is managed through the Department of International Development (DFID), which is approximately £25 million per year. There is an aspiration to reduce and eventually eliminate this subsidy over time. Substantially all goods consumed in Montserrat are imported and import duties are a major source of government revenue.

A report published by the CIA indicated that the total value of exports was equivalent to US$4.4 million (2017 est.), consisting primarily of sand, iron products, seats, medical instruments, fish. The goods were mainly exported to Antigua and Barbuda (19%), United States (18%), France (17%), Singapore (14%), Belgium (9%), Netherlands (5%). The value of imports was US$39.44 million (2017 est.), consisting primarily of refined petroleum, cars, oranges, electric motors, broadcasting equipment. The goods were mainly imported from United States (70%) and United Kingdom 6% (2019).

Today, with the assistance of Her Majesty’s Government and the European Union, construction is now a key activity with the development of a new town at Little Bay in the north of the Island. Other planned developments include the construction of a new seaport, the design plan of which has now been completed.