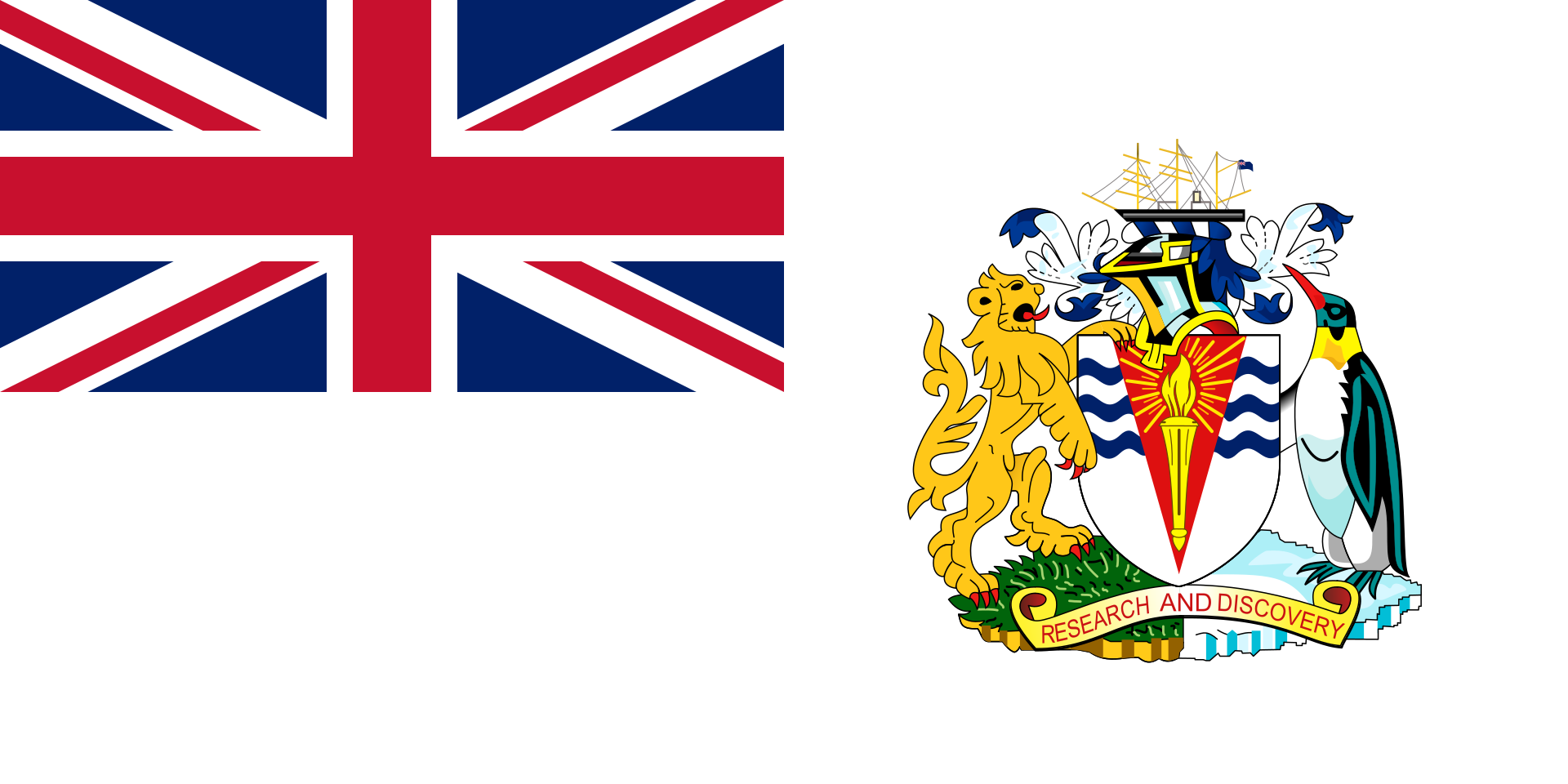 Population: no indigenous population, and presence in the territory is provided by the British Antarctic Survey, the UK Antarctic Heritage Trust

The British Antarctic Territory (BAT) is the UK’s largest overseas territory in Antarctica, the world’s most southerly continent. It is made up of the South Shetland Islands, the South Orkney Islands and the Antarctic Peninsula. With over 99% of it is covered in a permanent ice sheet, there is no permanent population in the Territory. However, life is still present in the 1% of the region that is ice and snow free. In these areas, there are large numbers of seals, penguins, and birds, as well as a variety of mosses, liverworts, lichens, and fungi.

Antarctica has a key role to play in improving our understanding of the global impact of climate change. The polar regions are one of the fastest warming regions on the planet. To facilitate our understanding of these changes, the Blue-Ribbon Program supports the development of satellite monitoring capabilities, which will monitor the impact of climate change and human activities on the marine environment around BAT.

It is a unique region being covered by a treaty which preserves a whole continent as a place for promoting international scientific cooperation. These islands are mainly used to give access to Antarctica’s scientific research stations. The UK has a presence in the territory mainly provided by the British Antarctic Survey (BAS), who operate 3 scientific stations and an ice-strengthened Royal Research Ship, the UK Antarctic Heritage Trust who manage the historical base at Port Lockroy, and the Royal Navy’s ice patrol ship, HMS Protector. The BAS new polar research vessel, RRS Sir David Attenborough, will make its first voyage to Antarctica in 2022. Research stations of other countries are also located in the region, as the Southern Ocean provides a unique opportunity for understanding the evolution of marine systems.

In November, the UK will co-host the UN Climate Change Conference COP26, which will provide an opportunity to showcase Britain’s world-class Antarctic science and inspire ambitious actions to tackle climate change.

Although the area was explored much earlier by adventurous travelers and whalers, BAT was established on 3 March 1962 because of the entry of the Antarctic Treaty, which was signed in Washington in 1959.  Before then, it was a Dependency of the Falkland Islands. The Territory continued to be administered from the Falkland Islands until 1989. Responsibility then passed to the newly created role of Commissioner of the British Antarctic Territory.

In terms of international scientific cooperation, the territory’s marine environment is managed within the framework of the Convention for the Conservation of Antarctic Marine Living Resources (CCAMLR). In 2009, the South Orkney Islands Southern Shelf Marine Protected Area (MPA) became the first area of its kind designated in Antarctic waters, protecting nearly 94,000 square kilometres of ocean. The Blue Belt Programme later provided support for the 2019 CCAMLR review of the MPA’s effectiveness, and it continues to underpin the UK’s ambition to expand the network of MPAs around Antarctica.

The economy of the territory is based on a self-financing model. It generates its revenue primarily from the sale of stamps and coins and income tax from British Antarctic Survey scientists and others. Most of the venue from the BAT is used to reinvest in projects which support its objectives, including protecting the environment, conserving British heritage and education and outreach.